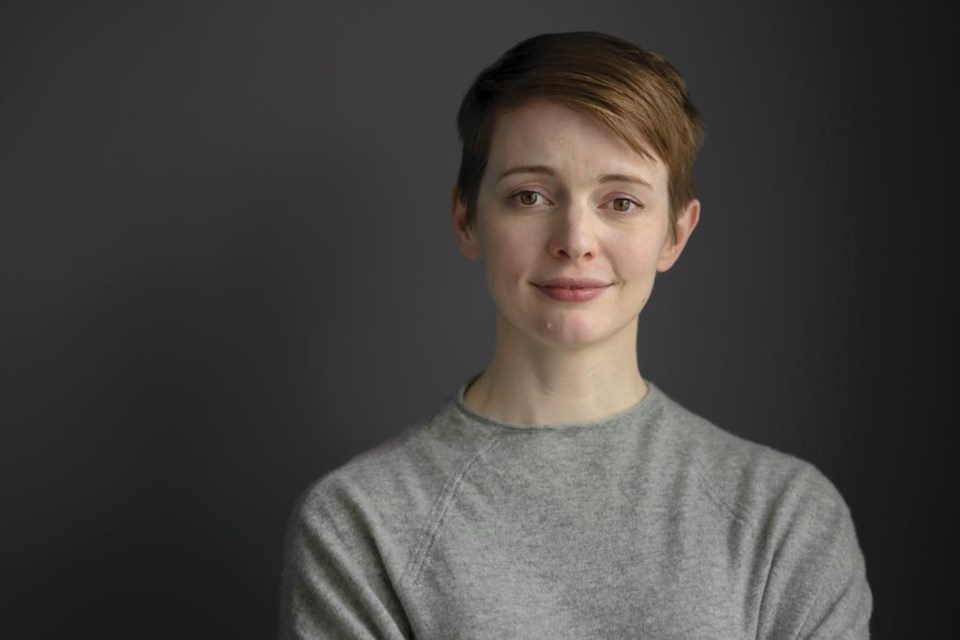 TORONTO — For years they've imagined how a global calamity might unfold.

Now, as they watch that very scenario take place in real life with COVID-19, authors of speculative and sci-fi fiction say there are some aspects to this pandemic that take them by surprise.

Canadian author Emily St. John Mandel wrote about a fictional swine flu pandemic that killed much of the world's population in her 2014 novel, "Station Eleven," which has seen a resurgence in sales recently.

She says one dynamic that hadn't crossed her mind before COVID-19 was the dread and denial about the approaching disease that she's experienced in the hard-hit city of New York, where she lives.

"It felt like a very long period of knowing intellectually that this thing was coming, but somehow not quite believing it," says the Brooklyn-based Mandel, who recently published her new novel, "The Glass Hotel."

"It was like this mass failure of imagination, which is really interesting to me."

Mandel has also been surprised by the lack of government preparedness in the U.S.

She feels it's "a dangerous time politically."

"We're in this era of populist leaders, this unsettling landscape of alternate facts, where it's often seemed to me — most explicitly under (U.S. President Donald) Trump, but also in the U.K., and even Australia — this era when reality itself seems somehow subject to debate; this world of alternative facts," says Mandel, who grew up on Denman Island, B.C.

"And I think that's made it much more dangerous than the world of, say, 2003 (with the SARS outbreak) when wherever you stood on the political spectrum, there was at least some kind of consensual reality. You didn't have the president of United States saying that a pandemic was a hoax."

American author Jeff VanderMeer, who has written about environmental issues in previous books and is factoring the current pandemic into his next eco-thriller novel, "Hummingbird Salamander," is also surprised by the political climate.

"As somebody who sometimes writes scenarios set in the future, what I couldn't have anticipated is the high level of stupidity," says VanderMeer, who lives in Tallahassee, Fla.

"You factor in fake news and stuff, but the actual stupidity coming from the very top is something you can't anticipate and I think increases the stress of it, because you're spending every day parsing through information.

"So I think it increases a sense of isolation and a sense of the possibility of society becoming very frayed. And it's hard to tell, in your own mind, whether you're being paranoid or whether this is actually accurate. It just makes even the next six months seem completely unpredictable."

VanderMeer says he's been waking up in the middle of the night with a "feeling of a general dread and stress and sadness."

"My fear is that what seems like such a patchwork system would indicate that this is going to linger for a while. That instead of being able to go to back to normal in say, four or five months, it might be 18 months to two years where this just keeps popping up all over the place because we have no national response to it. That seems like the most likely scenario. And that's just simply paralyzing."

Robert Smith? (the question mark is the legal spelling of his surname) is a professor of disease modelling at the University of Ottawa who has written sci-fi fiction dealing with infectious diseases and apocalypses.

He says the biggest surprise to him is how long it's taken for this pandemic to hit, given these things tend to happen every 100 years, and the last one was the Spanish Flu of 1918.

He also finds it strange to watch the pandemic unfold in real time in the Western world, after living in various places in Africa and Asia that often deal with epidemics.

"We're really the anomaly, and it's kind of just been a ticking time bomb. In most other places they know what to do about it."

Smith? feels more contact tracing should be done during COVID-19, and more makeshift hospitals set up in Canada, like other countries have done.

He's now incorporating COVID-19 into one of his next books, which was going to be about diseases anyway.

"Some of what I'm going to write is going to be changed because of the pandemic we currently have," Smith? says.

Fiction writers generally will have a lot to mine from our situation, he adds.

"Between potentially apocalyptic catastrophes, to the psychological effects of people stuck at home and what all that means — there's all kinds of micro changes that can happen."

But Mandel hopes there won't be a huge wave of coronavirus novels that will come out of this time.

This report by The Canadian Press was first published April 13, 2020.

Ontario changes COVID-19 testing guidance, shifts focus to symptomatic testing
Sep 24, 2020 12:56 PM
Comments
We welcome your feedback and encourage you to share your thoughts. We ask that you be respectful of others and their points of view, refrain from personal attacks and stay on topic. To learn about our commenting policies and how we moderate, please read our Community Guidelines.