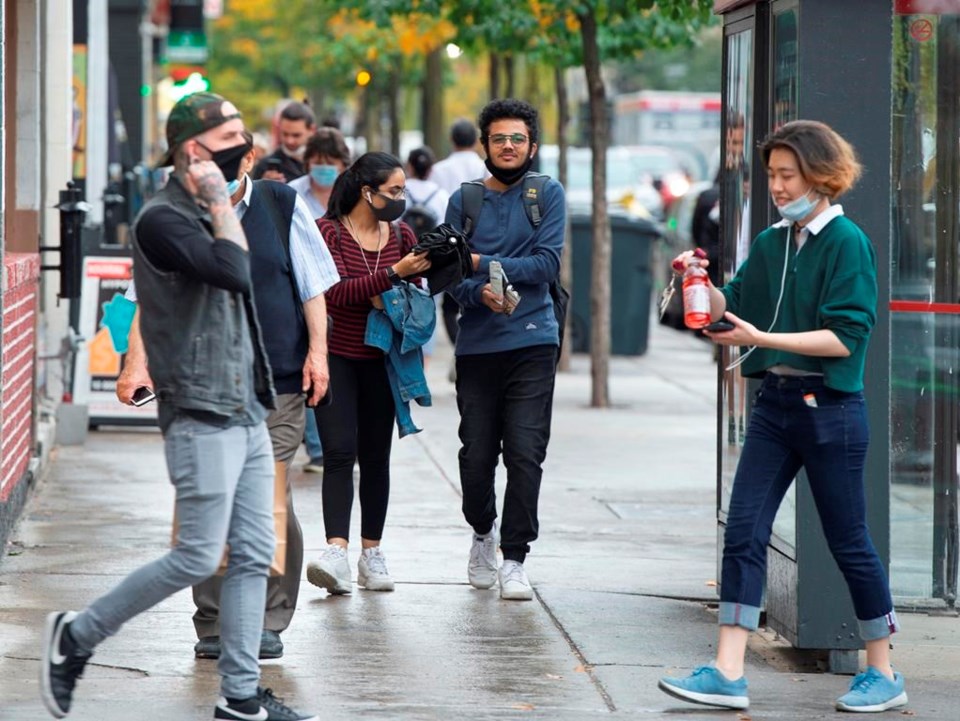 MONTREAL — Quebec moved its two biggest cities into the maximum COVID-19 alert level on Monday, closing bars, cinemas and other gathering spaces for 28 days, as COVID-19 infections continued to rise.

Premier Francois Legault said the situation has become "critical" in the Montreal, Quebec City and Chaudiere-Appalaches regions, which moved to the red, or "maximum alert" level.

"The number of cases is rising," Legault told a news conference in Montreal. "If we don't want our hospitals to be submerged, if we want to limit the number of deaths, we have to act strongly right now."

Starting Oct. 1, bars, concert halls, cinemas, museums and libraries in the affected regions will close for 28 days, while restaurants will be limited to takeout. Compensation will be offered to business owners forced to close or to limit operations, Legault said.

"We give ourselves four weeks with these measures to stop the second wave," he said, adding, however, that shutdown orders could be imposed for a longer period.

The new rules in the three regions also prohibit private gatherings and specify that people cannot have any visitors at their homes from another address — with exceptions for caregivers or service providers, such as plumbers.

People who meet outdoors must keep a two-metre distance between them, and people who attend protest marches must wear masks, he said.

The new rules in Quebec's two biggest population centres and in the Chaudiere-Appalaches region, south of Quebec City, do not apply to schools or to most businesses, such as gyms, hair salons, hotels and retail stores. Protecting schools, the health system and people's jobs remain the priority, the premier said.

Quebec reported 750 new COVID-19 cases Monday, and one death authorities said occurred at an unknown date. Health officials also reported a four-patient drop in hospitalizations compared with the prior day. There have been 72,651 reported COVID-19 infections and 5,826 deaths linked to the virus in Quebec since mid-March.

Also on Monday, the province said it will tighten the criteria for who can get a COVID-19 test, announcing it was prioritizing people who are showing symptoms or who have been in close contact with a positive case.

Dr. Horacio Arruda, the province's director of public health, said he is "very worried" about the current situation, which he attributed to people growing relaxed about health measures such as physical distancing.

"We forgot, we wanted to act like COVID-19 was no longer there, but it's there," he told reporters Monday alongside Legault and Health Minister Christian Dube.

Legault did not give details on how the new restrictions would be enforced in private homes. The province has said it could not send police to enter people's homes without a court order. Dube said more details on enforcement will be revealed in the coming days.

He said authorities are also finalizing plans to introduce a contract tracing smartphone application, details about which he said should come next week.

This report by The Canadian Press was first published Sept. 28, 2020.

Gord Downie's brother Patrick on the 'peace' he hears on new album 'Away is Mine'
Oct 22, 2020 6:46 PM
Comments
We welcome your feedback and encourage you to share your thoughts. We ask that you be respectful of others and their points of view, refrain from personal attacks and stay on topic. To learn about our commenting policies and how we moderate, please read our Community Guidelines.