TORONTO — Physical distancing was impossible to maintain in often-overbooked courtrooms across Ontario on Monday, lawyers said as some provincial court proceedings resumed after shuttering for months because of the COVID-19 pandemic.
Jul 6, 2020 4:26 PM By: Canadian Press 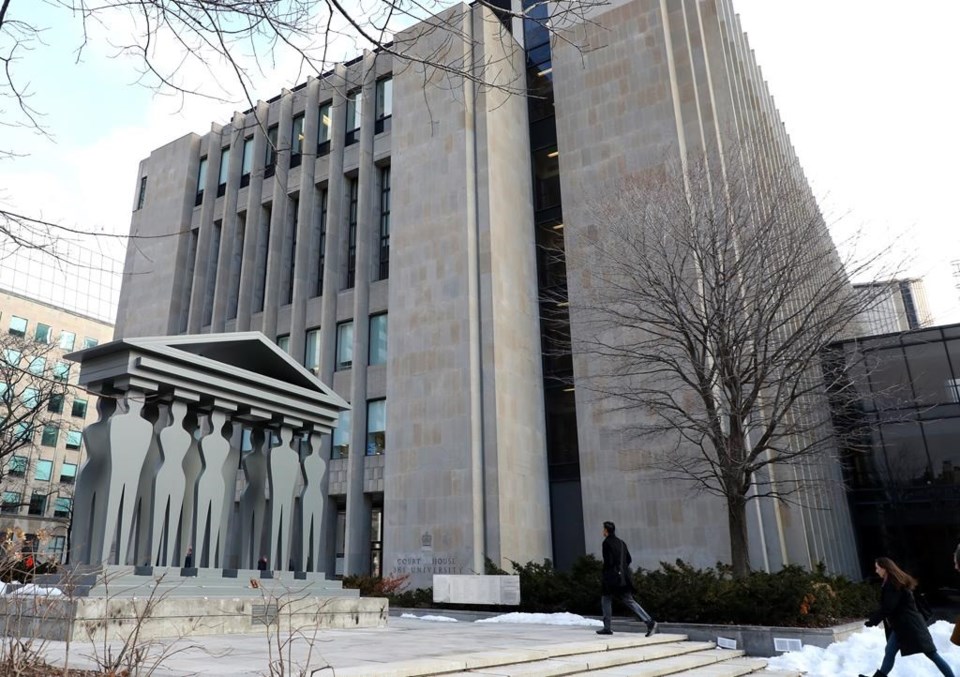 TORONTO — Physical distancing was impossible to maintain in often-overbooked courtrooms across Ontario on Monday, lawyers said as some provincial court proceedings resumed after shuttering for months because of the COVID-19 pandemic.

Toronto defence lawyer Daniel Brown, who serves as vice-president of the Criminal Lawyers' Association, said the partial reopening was mired in confusion and chaos.

Too many matters were scheduled for the number of courtrooms available, prompting some prosecutors to suggest switching to virtual trials despite no planning or preparation for those cases to proceed remotely, Brown said.

There was also confusion surrounding the wearing of masks, he said, with only government staff such as Crown attorneys being provided with personal protective equipment, leaving other participants to bring their own.

"So they're coming up with Monday morning workarounds to try and address the absence of Plexiglas in important areas of the courtroom, or trying to deal with the fact that social distancing measures can't be undertaken properly."

Brown acknowledged the unprecedented challenges of restoring court services during a pandemic, but said it may have been more prudent to start with only a few courthouses in larger jurisdictions.

"There's going to be growing pains with that process ... but we can't rush the court system at the expense of the health and safety of the justice participants," he said.

"It's a lot harder to get the right pace and to elicit evidence in a way that we're used to, traditionally, in trials," said Foda.

"It's not particularly pleasant or conducive to litigation. It's hard to speak, it's hard to hear.... It's a lot slower than we're used to."

Foda added that it was impossible to physically distance at counsel tables, where people had to sit within two metres of each other during court proceedings.

He said his courtroom did have Plexiglas shields, which mitigated the distancing issues.

Despite the challenges, Foda said his clients were happy with the reopening so they can start to move on with their lives.

The Ontario Crown Attorneys Association alleged the province hadn't taken every measure to ensure workers were safe. The association said Monday it would be taking the outcome of reopening into account in its ongoing injunction application.

But a spokesperson for the Ministry of the Attorney General said the government had worked with public health experts to implement the phased reopening.

"The health and safety of Ontarians and all court participants, including the judiciary, court staff, litigants and witnesses, is the Attorney General’s top priority," said Crognali in a statement.

Two courthouses — College Park in Toronto and a facility in Guelph, Ont. — didn't open on Monday after officials said they didn't have sufficient safety measures in place. The Guelph courthouse is now set to open Tuesday.

The Ministry of the Attorney General says its goal is for all courtrooms to open by November 1.

This report by The Canadian Press was first published July 6, 2020.

Michael Greyeyes on 'groundbreaking' Indigenous focus of 'Rutherford Falls'
Aug 12, 2020 10:50 AM
Comments
We welcome your feedback and encourage you to share your thoughts. We ask that you be respectful of others and their points of view, refrain from personal attacks and stay on topic. To learn about our commenting policies and how we moderate, please read our Community Guidelines.