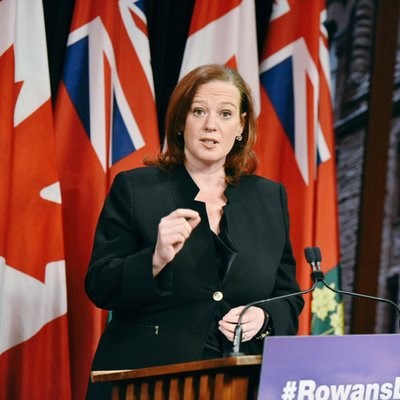 Lisa MacLeod was first elected to the Ontario Legislature in a 2006 byelection as the youngest MPP in that parliament and the youngest conservative woman to be elected in Ontario- either federally or provincially.

She has continued to represent the Nepean-Carleton riding winning elections in 2007, 2011, 2014. In 2011 Lisa received the highest vote total in all of Ontario of any candidate.

Lisa has served as the Vice Chair of the Quebec-Ontario Parliamentary Friendship Committee, Ontario’s steering committee member on the Canadian Parliamentary Women’s Association and Vice Chair of the Government Agencies Committee and Legislative Assembly Committees. She has also served as Official Opposition Finance Critic, Energy Critic, Education Critic, Revenue and Accountability Critic, Government and Consumer Affairs critic and Critic for Children and Youth.

For her work Lisa has been awarded the Friendship Medal by the Royal Canadian Legion, a commendation by the St. John’s Ambulance and is the 2018 EVE Award Recipient from Equal Voice- for her work with Daughters of the Vote and liveable legislatures . Lisa was also named Top 50 and Top 25 in the Capital and in 2017 was named Faces Magazine’s Favourite Ottawa MPP.

Lisa has authored a cookbook, “I’d Rather Be Baking Cookies: A Collection of Recipes from Lisa MacLeod and Friends”, and has enjoyed coaching her daughter in sports including being the trainer on the Nepean Girls Wildcats Hockey team.

Before being elected to the Ontario Legislature, Lisa served as an advisor to Nepean-Carleton legislators at all three levels of government, spent time as a political commentator on local TV and radio and worked in a management program with Sobeys Inc. She is a graduate of St. Francis Xavier University, holding a B.A. Honours in Political Science. Lisa has studied at the Masters level in Intelligence Studies at American Military University.

Lisa MacLeod lives in Nepean with her husband Joseph Varner and their daughter Victoria.