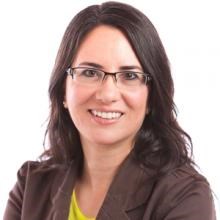 My name is Sabile Trimm and this is the first time that I’ve run for election.  I realized I was a Libertarian after I moved to a farm.  You can watch me tell my story on my website (sabiletrimm.wordpress.com) and click on The Big Orange Splot post.

I believe that everyone’s a Libertarian.  Some people just don’t know it yet.  You want to live on your own terms, just so long as you don’t harm anyone. You take responsibility for your actions and expect others to do the same.  You enjoy helping others but not by force.  You’re not relying on the government to save you in harsh times.  You’d rather build strong relationships within your community and rely on those close to you instead.  You would rather that you keep more of your paycheque.  You would like to do business with whomever you want, however you want, in whichever currency you want.  You respect that others want the same freedoms for themselves.

I used to vote for a party on the Left because I thought it was the nice thing to do.  Now I realize that the nice thing to do is to leave everyone alone.  If we had a Libertarian government all along, we would have treated our First Nations better because no one would have tried to change them or interfere with their way of life, nor would have their property rights been violated.  Property rights are paramount to Libertarians.

Vote for the party that represents your beliefs, no matter if you think they will win or not.  Democracy doesn’t work if your vote doesn’t go to whom you truly support.  Votes matter, even to small parties, and people are watching.  Send a message to big, wasteful, overreaching government.  Vote Libertarian.