Ottawa continues to deal draft picks and prospects in hopes of reaching the Memorial Cup Finals this season.
0
Jan 9, 2019 1:43 PM By: Mike Vlasveld 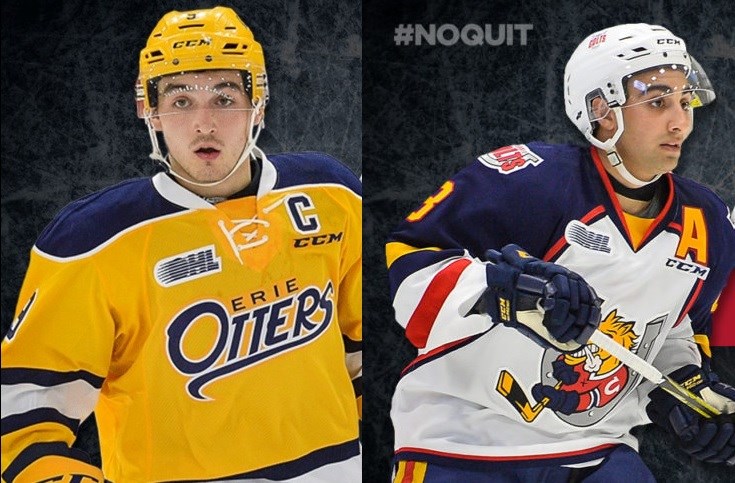 The Ottawa 67's made their second big trade in 24 hours, acquiring 20-year-old winger Lucas Chiodo from the Barrie Colts.

"Lucas is a top-15 scorer in the league and a player who plays in all situations," said 67's General Manager James Boyd. "His addition improves the depth and versatility of our team."

On Tuesday, the team added another 20-year-old in Kyle Maksimovich from the Erie Otters.

"Kyle is a versatile player with extensive playoff experience, winning a league Championship with Erie in 2017," explained Boyd. "This is a player we've had our eye on for a long time and his attributes complement our existing line-up."

The OHL trade deadline for overage players was at noon on Wednesday.

The 67's hit the road Thursday for a busy weekend that will see the club make stops in Sarnia, London and Guelph. Ottawa will be back on home ice on January 18 when it hosts the Peterborough Petes at TD Place.