Alzheimer's Awareness Month wrapped up on January 31, but patients and doctors say it's important to continue the conversation.
0
Feb 2, 2020 4:08 PM By: Dani-Elle Dubé 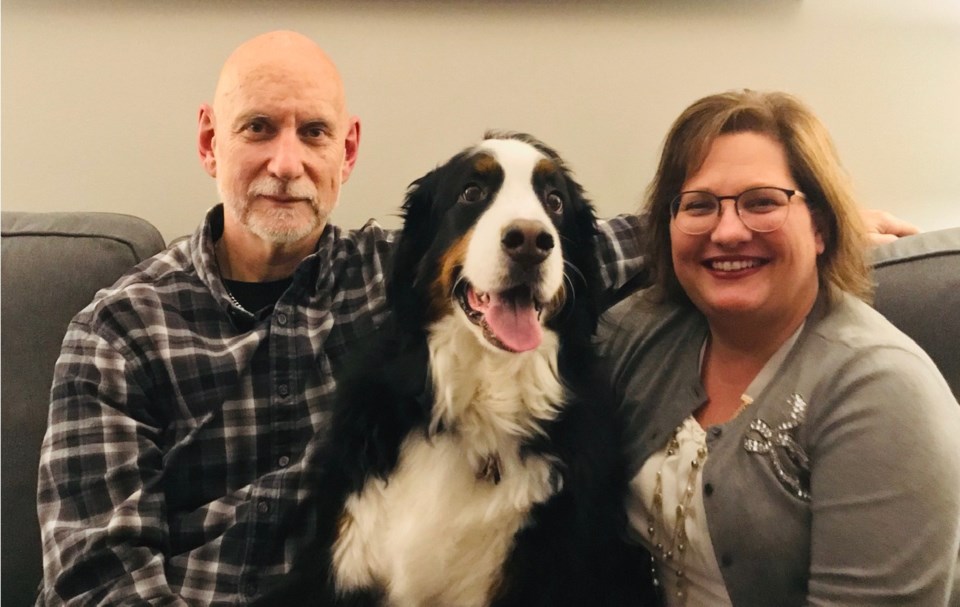 Something was different about Keith Barrett.

It was around 2013 when wife Robin Meyers started noticing some changes in her husband’s behaviour. At first they were subtle personality changes – like not remembering a prior conversation, being agitated more often and calling a spoon a fork or not wanting to socialize.

Growing more concerned, Barrett and Meyers made an appointment with their doctor. It took over two-and-a-half years and seeing six neurologists before Barrett was finally diagnosed with young onset dementia (YOD) and probable Alzheimer’s in December 2016 when he was just 57 years old.

“I knew what they were going to say but I think I was relieved to finally know that I wasn’t crazy – that the things I were seeing were actually happening,” Meyers recalled. “I’d probably be remised if I didn’t say I was sad. I knew I couldn’t change it.”

Three years later, Barrett is on medication to help his memory function and is doing well. Sometimes social settings are difficult, and he gets tired, but the dad and stepdad of six and grandfather of six continues to work part-time at the business he’s co-owned for 20 years and is still able to drive.

“I know a lot of people think it’s unusual but he’s a good driver,” Meyers chuckled. “He often jokes about the fact that he’s a better driver than me, and that’s probably true.”

Every case is different, Meyers stresses, but the stigma of dementia is still strong today – and even though Alzheimer’s Awareness Month wrapped up on January 31, Meyers says it’s still important to keep the conversation going.

“I think there’s an assumption that someone with dementia, that means that they are no longer capable of anything – decision making, driving, physical activities or whatever – and it’s wrong. When you look at him you would not say, ‘Oh, here’s a person living with dementia.’ He’s quite capable and is able to make decisions in his own life and contribute to our community, but people make assumptions right away.”

According to the Alzheimer’s Society of Canada, more than half a million Canadians live with dementia today – and in less than 12 years, close to a million more will have the disease.

As those numbers climb, there is a need for more funding and a better understanding from the community, Bruyère Memory Program medical director and cognitive neurologist Dr. Andrew Frank says – and we can do that by talking about, and fighting for the rights of dementia and Alzheimer’s patients all year round.

“Society needs to realize that the healthcare system needs to adapt,” Frank said. “We need to find ways to help people at home… so that individuals don’t end up in hospital (and it’s) where they might end up if they don’t have a diagnosis and don’t have assistance with their medications and healthcare.”

And once patients are put into the hospital system, Frank warns they’re likely to stay in hospital as they wait for long-term care.

“All of that contributes to the so-called hallway medicine epidemic, which is making it harder for the acute care hospitals to treat more and more people,” he says. “So, if there is investment in homecare, if there if there’s investment in long-term care, that would help people with dementia either stay home longer or find a living arrangement in long-term care where the care is provided, thus allowing the healthcare system to adapt over the next 25 years.”

That’s why Meyers and Frank both hope Canada can one day become a more dementia-friendly society.

While age is a key factor – after 65, the risk doubles every five years – dementia is not a natural part of aging and can also affect people in their 50s, 40s and 30s.

The most common cause of dementia is Alzheimer’s disease, Frank explains. Alzheimer’s happens when there is the buildup of two toxic proteins in the brain (amyloid and calnuc) that inflict damage to brain cells, causing memory loss and thinking difficulties.

Winter storm watch issued for Ottawa with 20-30 cm of snow expected
Feb 25, 2020 7:09 AM
Comments
We welcome your feedback and encourage you to share your thoughts on this story. We ask that you be respectful of others and their points of view, refrain from personal attacks and stay on topic. To learn about our commenting policies and how we moderate, please read our Community Guidelines.