The tenant advocacy group is worried about a provincial bill which could fast track evictions.
Jul 22, 2020 11:36 AM By: Mike Vlasveld 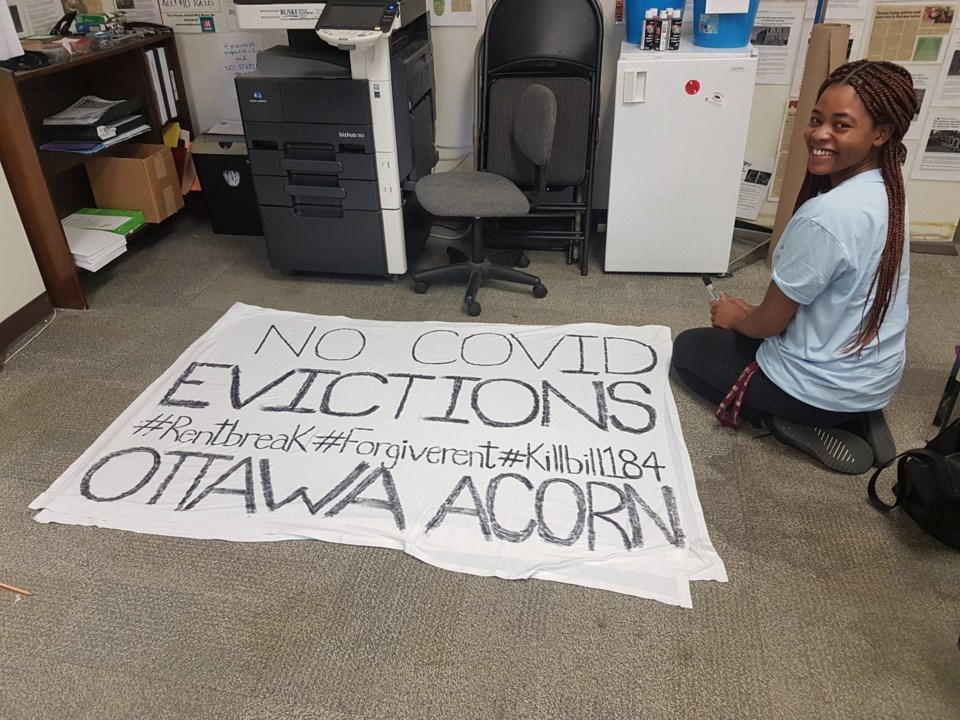 The Ottawa chapter of ACORN (Association of Community Organizations for Reform Now) wants to see the provincial government scrap a bill that it deems "an attack on the most vulnerable tenants in Ontario."

The group is holding a rally on Parliament Hill at 11 a.m., Wednesday, to demand Bill 184 be trashed and that the government instead focus on an extension of its eviction moratorium and rent forgiveness program, which would eliminate rent debt for tenants at risk of eviction on August 1 -- that's when ACORN believes the moratorium is likely to be lifted.

ACORN is pointing to a quote from Premier Doug Ford, who said at the beginning of the pandemic, "I'll be making sure I have their back - if they can't pay rent, they aren't going to be evicted."

The group now believes Bill 184 is going to to the opposite of what Ford said and says many parts of this bill undermine tenants' right to a fair hearing.

A survey by ACORN Canada that examined the state of renters during the pandemic revealed that 15% of tenants said that they either got the Notice of Termination of Tenancy or were threatened for eviction due to non-payment of rent.

If the province fails to assist vulnerable tenants, ACORN is hoping the federal government can step in to help.

COVID-19 outbreak declared at Sherwood Park Manor long term care home in Brockville
Dec 2, 2020 8:33 PM
Comments
We welcome your feedback and encourage you to share your thoughts. We ask that you be respectful of others and their points of view, refrain from personal attacks and stay on topic. To learn about our commenting policies and how we moderate, please read our Community Guidelines.