The Redblacks advanced to the Grey Cup final in three of Campbell's seasons.
Dec 3, 2019 6:10 AM By: Canadian Press 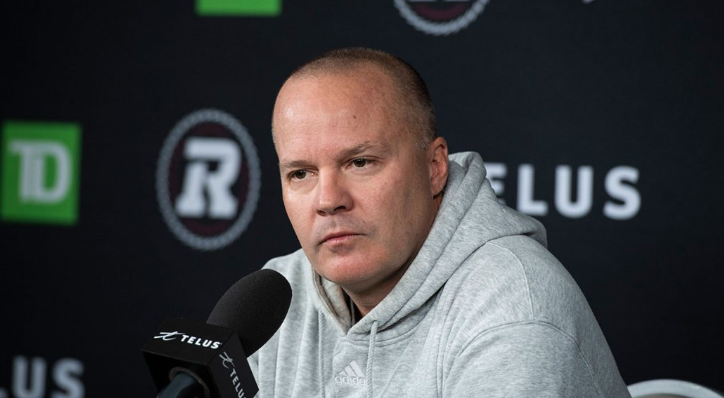 Ottawa Redblacks head coach Rick Campbell speaks to reporters about the news that he will leave the team after six seasons as head coach, in Ottawa, on Monday, Nov. 4, 2019. (Justin Tang / CP)

The B.C Lions have named Rick Campbell as their new head coach.

Campbell spent the last six seasons as coach of the Ottawa Redblacks, overseeing the club's transition from a 2-16 expansion team in 2014 to Grey Cup champion in 2016.

The Redblacks advanced to the Grey Cup final in three of Campbell's seasons at the helm, finishing runner-up in 2015 and 2018.

Campbell announced he was parting ways with the Redblacks after the team struggled to a league-worst 3-15 record this year.

Campbell replaces DeVone Claybrooks, who was fired in early November.

This report by The Canadian Press was first published Dec. 2, 2019.