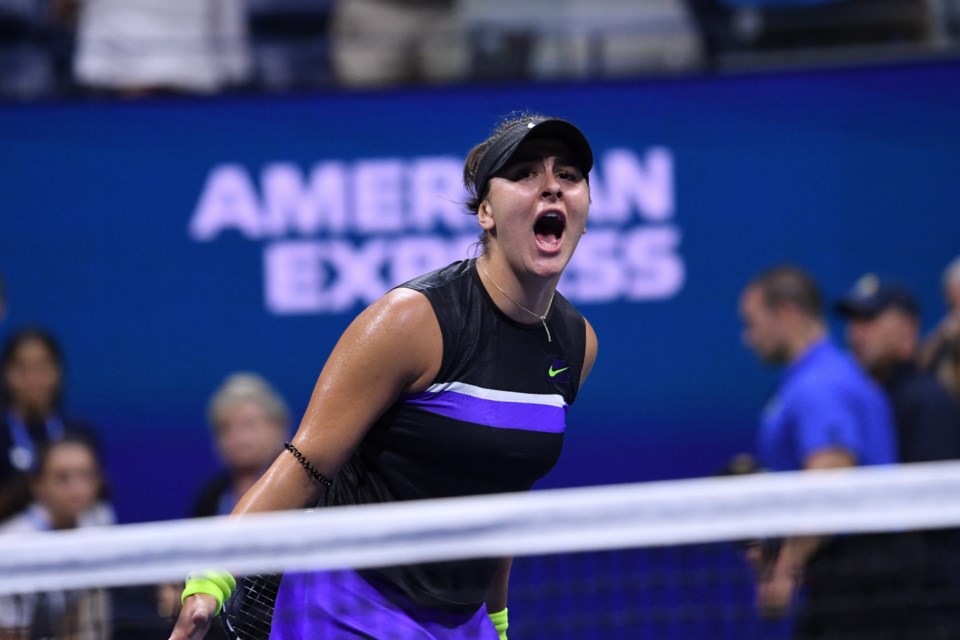 Tennis star Bianca Andreescu has won the 2019 Lou Marsh Trophy as Canada’s athlete of the year, capping off what was perhaps the most dominant season by a Canadian in the sport’s history.

Bianca Andreescu is the unanimous winner of the Lou Marsh as Canada’s top athlete for 2019.

The first tennis player to win the award.

Andreescu has seemed the clear choice since early September, when she rose to international prominence under the bright lights of New York’s Arthur Ashe Stadium by claiming the 2019 U.S. Open, becoming the first Canadian to ever win a Grand Slam singles title.

That her historic win came over the greatest in the sport’s history, Serena Williams, only added to the weight of the achievement.

The trophy is named after former Toronto Star sports editor Louis Edwin Marsh and voted upon by a committee of Canadian sports journalists. It was first awarded in 1936.

Andreescu’s U.S. Open win over Williams marked a rematch of the pair’s Rogers Cup showdown in August. The Mississauga, Ont., native’s performance in that first meeting only helped bolster her case as a key contender for this year’s Lou Marsh, with the 19-year-old getting the win after Williams was forced to retire with injury, and in doing so becoming the first Canadian woman in 50 years to earn the Rogers Cup title.

The young champ’s true breakout came during the Indian Wells Open in March, wherein Andreescu took down Angelique Kerber to become the youngest champion in the tournament’s history since, incidentally, Williams two decades prior.

All told, Andreescu’s climb saw her move from the No. 152 ranking she entered the 2019 season with all the way to No. 4 in the world, the highest such ranking for a Canadian in WTA Tour history.