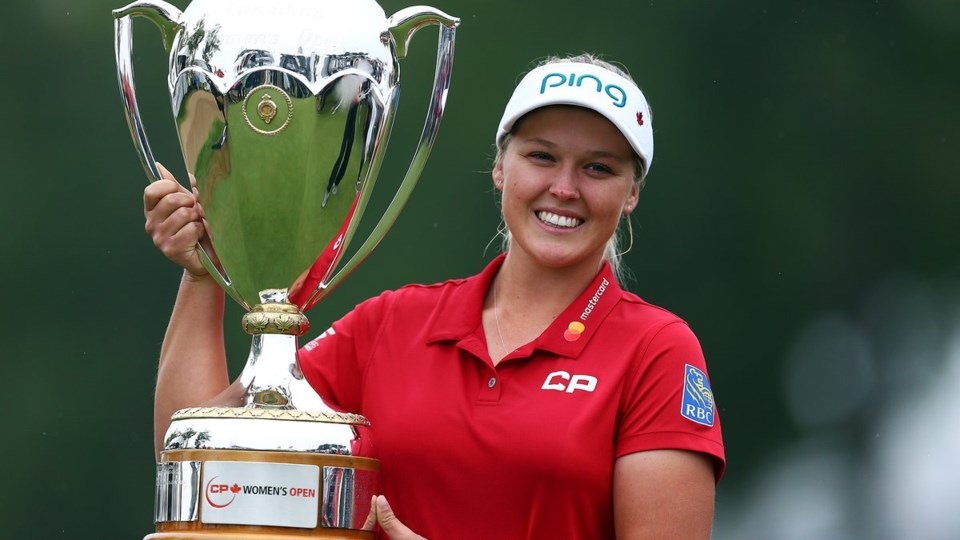 GRAND RAPIDS, Mich. - Canada's Brooke Henderson recorded a hole-in-one on her final hole before play was suspended due to darkness on Thursday night at the Meijer LPGA Classic for Simply Give.

Henderson was 4 under after play was called, two strokes behind leaders Jenny Shin of South Korea and Katherine Perry of the U.S., who both finished their rounds.

Henderson, 21, is looking to win a Canadian record (for the PGA or LPGA tours) ninth career tournament.