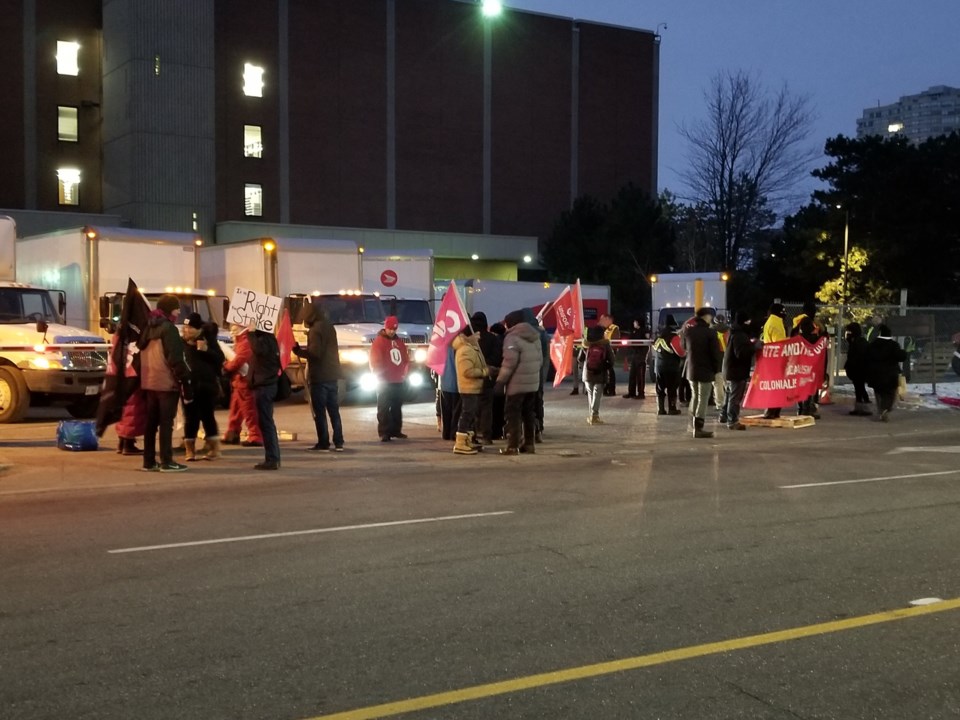 Pylons and other barricades were set up at three entry points around the mail sorting plant between 4 a.m. and 8 a.m. Supporters, including retired postal workers and union members from UNIFOR and CUPE, were on hand to block trucks from accessing the plant, at Industrial Avenue and Sandford Flemming Avenue.

Retired postal workers and other supporters are blocking trucks from coming in or going out of the mail sorting facility on Industrial/Alta Vista @1310NEWS #ottnews pic.twitter.com/3cQayUtCDs

The protest, by a group called 'People 4 Posties,' was organized in a show of support for Canada Post workers who were legislated back to work by the government last month.

"The Canadian Charter of Rights gives workers the right to organize themselves and gives them the right to strike if they deem it necessary," Louis Lang, a retired postal worker, told 1310 NEWS. "That right has been taken away by legislation, so how legal is that?"

Ottawa police officers were on hand for the duration of the protest, helping to direct traffic but also acting as a go-between for the protesters and officials from Canada Post that were trying to get the mail trucks out.

Police talking to protesters as they block the mail trucks from going out this morning. @1310NEWS #ottnews pic.twitter.com/m5Oat4B2pU

During the protest, three people were arrested as they blocked the mail trucks from leaving the site. All three were released but were given tickets for trespassing.

Organizers of the protest called the mail delay a success.