Canada's Tanguay in clubhouse at 5-under, Larsen leads at CP Women's Open 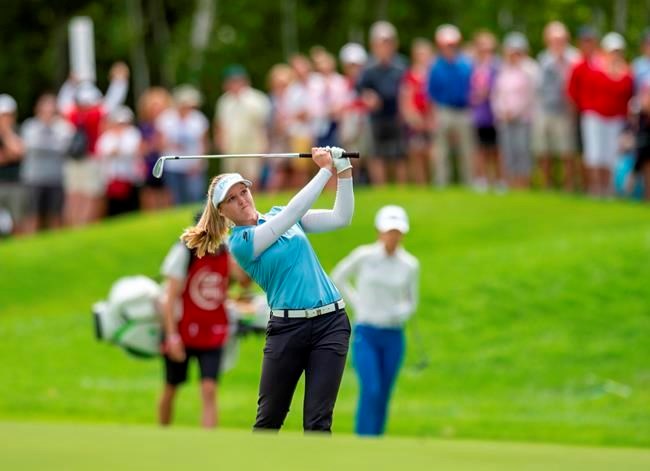 Canada's Anne-Catherine Tanguay was in the clubhouse at 5-under-par 211 after shooting a 71 on Saturday at the CP Women's Open.

The Quebec City golfer bogeyed the par-4 third hole before picking up birdies on two of her next three holes. She bogeyed the 10th but got the stroke back with a birdie on the 12th hole.

The other Canadian who made the cut, Brooke Henderson of Smiths Falls, Ont., was even par at the turn and 9-under overall. She was seven shots behind midway leader Nicole Broch Larsen of Denmark as play continued.

Jin Young Ko of South Korea, Aditi Ashok of India and Spain's Carlota Ciganda were also near the top of the leaderboard on a warm, sunny afternoon at the Magna Golf Club.

American Lizette Salas (64) was in the clubhouse at 11-under-par 205. Caroline Masson of Germany was one shot behind her after a 66.

'This is not a tea party:' Ottawa mayor on council discourse as committee recommendations made
Feb 21, 2020 3:13 PM

Impaired driving charges after vehicle caught going wrong way on Gatineau's Highway 50
Feb 21, 2020 1:42 PM
Comments
We welcome your feedback and encourage you to share your thoughts on this story. We ask that you be respectful of others and their points of view, refrain from personal attacks and stay on topic. To learn about our commenting policies and how we moderate, please read our Community Guidelines.