More than half of the local provincial ridings went to the Tories, although the Liberals retained a few seats and the NDP gained new ground.
Jun 8, 2018 12:34 AM By: Mike Vlasveld 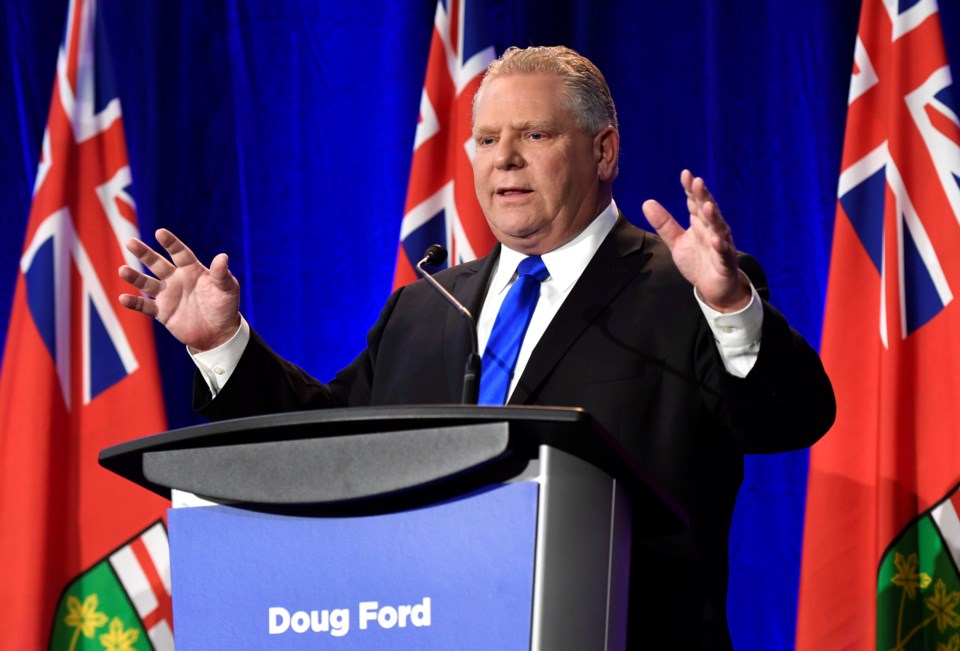 Ontario PC leadership candidate Doug Ford speaks as he participates in in a debate in Ottawa on Wednesday, Feb. 28, 2018. (THE CANADIAN PRESS/Justin Tang)

The next premier of Ontario positioned himself during his campaign as a defender of "the little guy,'' promising to lower taxes, cut hydro rates and eliminate the province's cap-and-trade-system.

The New Democrats, who had been neck and neck with the Tories in several polls before the election, will form the Official Opposition.

The election has also marked a stunning collapse for the Liberals, who governed the province for the last 15 years.

Despite only winning a handful of seats across the province, Kathleen Wynne will return to represent the Ontario Liberal Party at Queen's Park as an MPP. Ford and NDP Leader Andrea Horwath both won their local ridings as well.

The Green Party made history in Guelph, as Mike Schreiner earned his party's first ever seat in Provincial Parliament.

Locally, more Liberals were elected than pollsters had predicted, the New Democratic Party charted new territory in the city's core, and the Progressive Conservatives won over the rest of the region.

Liberal John Fraser is retaining his seat in Ottawa-South. He will be joined by Liberal incumbents Nathalie Des Rosiers, who retained her seat in Ottawa-Vanier, and Marie-France Lalonde of Orleans.

But overall, it truly was a night of Progressive Conservative domination, including a win in Ottawa West-Nepean, which turned out to be one of the tightest races anywhere in Ontario.

NDP candidate Chandra Pasma lead that riding for the majority of the night before the PC Party's Jeremy Roberts edged her and incumbent Bob Chiarelli out by less than 200 votes.