The project aims to raise awareness of the importance of societal changes for the disabled.
0
Oct 20, 2019 11:09 AM By: OttawaMatters Staff 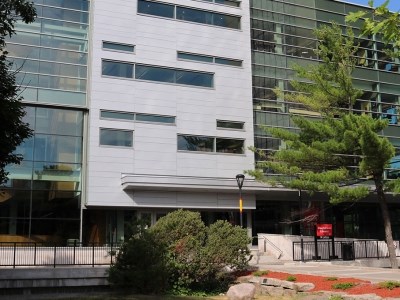 In an effort to include people with disabilities which are often excluded from historical records, Carleton University is making a special addition to its library.

As a result, two and a half hours of footage from the July 21 proceedings are now archived at Carleton’s MacOdrum Library. There, viewers can see behind-the-scenes video of the very people whose determination helped realize the act.

“I was thrilled to have these voices captured … to capture the voice of a powerful woman with a disability who helped make this pivotal legislation and societal change a reality,” says Beth Robertson, a postdoctoral fellow in the Department of History and School of Industrial Design.

Disability Studies is one of the fastest growing minors at Carleton and the Carleton University Disability Research Group (CUDRG), a collection of experts and scholars who research historical and ongoing implications of technology, disability, society and politics, is excited to have this footage in their special collections.

As part of their work, the CUDRG compiles and archives a collection of oral interviews, documents, objects and other items to create virtual and travelling exhibits. The exhibits aim to raise awareness of the importance of societal and technological changes around disability. For example, ‘Envisioning Technology’ is a travelling exhibit that has been displayed in libraries and other universities, including Ryerson, Toronto and the University of British Columbia.

The footage amassed is currently being used by AccessibiliTV, which focuses on the innovation of accessibility issues for people with disabilities. The group created  two videos explaining the act’s significance  They are also working on releasing a documentary using more of the video library’s footage, for December 3, which is the UN’s International Day of Disabled Persons.