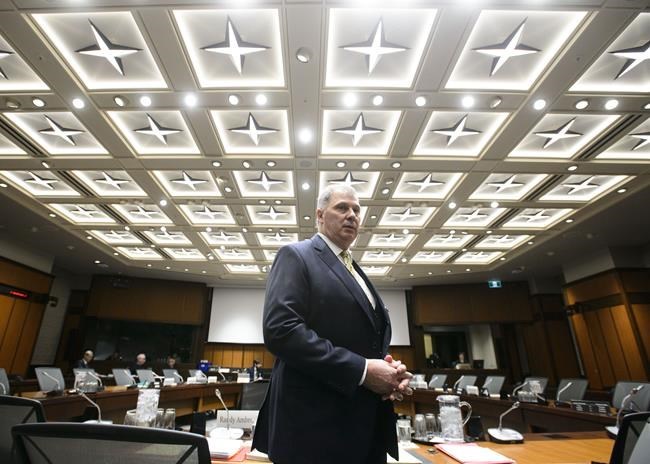 CFL players have given their bargaining unit a strong endorsement heading into the next round of collective bargaining with the league.

Over 97 per cent of players gave the union their support in a strike vote Wednesday, the CFL Players' Association announced Thursday. The league and players will return to the bargaining table Monday and Tuesday in Toronto, their first face-to-face meeting since April 9.

"CFL players have voted 'yes' to their health and safety," the CFLPA said in a statement. "Yes to proper care and rehabilitation for themselves and their teammates.

"And yes to a partnership with the CFL that recognizes the overall contributions and sacrifices players make for the game. The CFLPA bargaining team is focused on working as hard as we can to get an agreement done before 2019 training camps open. That commitment has not changed."

The current CBA expires May 18, with training camps scheduled to open the following day. The CFLPA has already recommended its players not report to camp if a new deal hasn't been reached.

The overwhelming strike vote was hardly a surprise as such votes are normal protocol in collective bargaining. They're usually done to show solidarity and provide the bargaining committee with a strike mandate as a sign the membership is serious about its demands in contract talks.

In this instance, it's also a step in ensuring the various provincial laws are satisfied in the event a work stoppage is necessary. The CFLPA reiterated in the statement its goal remains reaching a fair deal that works for both parties.

"We conducted a strike vote on Wednesday because CFL players have a voice, because we need to satisfy various provincial labour codes," the statement said. "And to empower our bargaining team as we continue to work through these collective negotiations.

"Today, it is clearer than ever that we are unified as an Association. CFL players deserve respect for the sacrifices they make for the game and for the CFL.  We will return to bargaining, following the CFL's unilateral decision to delay talks, on April 29 and 30 in Toronto. Our expectation is that we will come to a timely agreement that is fair and speaks to a true partnership."

There remains plenty of work for both sides to do as they're still involved in negotiating non-monetary issues.

There also are fences to mend. On April 10, the day after the last meeting, CFLPA executive director Brian Ramsay told reporters the league had unilaterally decided to delay negotiations until next Monday.

He added the union was informed the league had "other priorities" to take care of before it could resume negotiations. But on Wednesday, CFL commissioner Randy Ambrosie remained confident there was still time for a deal to be reached.

"We're committed to getting a deal done with the players, one that’s fair and really one that sets us up for a bright future," Ambrosie said after the Canadian Football Hall of Fame unveiled its 2019 class at BMO Field. "I'm still very optimistic that a deal is going to get done and the players will start training camp on time.

"I'm excited we're getting talks started again. I'm going to encourage everyone on both sides to sit down in a positive, constructive way and find a way to establishing a foundation so we can grow and build the league. There’s two willing partners at the table and a lot of energy. I'm confident we can get it done."