No debate was heard at Ottawa City Hall Thursday, as a vote to reconsider a motion from Wednesday's meeting did not pass.
Jul 11, 2019 2:45 PM By: Mike Vlasveld 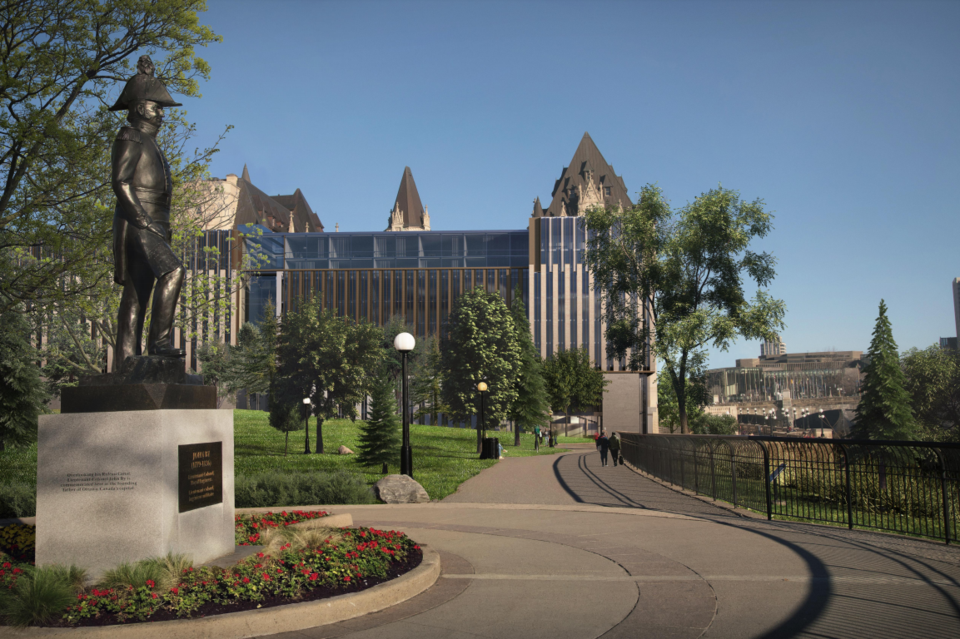 Day view of the Chateau Laurier from the statue of John By in Major's Hill Park.

Ottawa city council will not be forcing a new design for a proposed addition at the Château Laurier.

A special meeting was held on Thursday to reconsider a motion to pull a heritage permit, which would essentially reset the process for the owners of the building who were awarded the permit years ago.

The motion had been defeated 14-9 at Wednesday's city council meeting.

Thursday's meeting started with a vote to reconsider the motion, which was defeated 13-10. That vote essentially ended the meeting, as no debate could be held on the issue beyond that vote.

There we have it... 10 yays 13 nays. Reconsideration will not happen. It's done.

Cllr @menard got up and walked out. As the crowd shouted shame shame shame.

Council gives itself one more day to talk Château Laurier
Jul 10, 2019 6:43 PM
Comments
We welcome your feedback and encourage you to share your thoughts. We ask that you be respectful of others and their points of view, refrain from personal attacks and stay on topic. To learn about our commenting policies and how we moderate, please read our Community Guidelines.