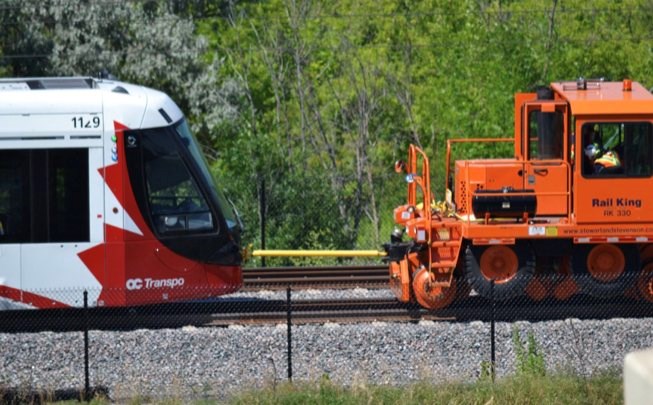 The City of Ottawa is explaining what some saw as a light rail setback as just another kink being worked out in the lead up to the Confederation Line's official trial run.

A train was seen being towed from Hurdman Station on Thursday, July 18.

It turns out arm supports for the vehicle's overhead catenary system came loose and repairs were made immediately.

The city's Director of the Rail Construction Program Michael Morgan says, "As per operating policies, trains were powered down, isolated and towed out of the area. This is all standard operating procedures when operating with an electrical system."

He says train operations are active and staff were testing the diversion protocols late last week; operating modified service around the work area, which was isolated from operations.

"The extensive testing and commissioning prior to trial running is intended to test out all elements and identify issues such as these," explains Morgan. "All operations and responses [last Thursday] were as per the operating procedures being tested."

Morgan added Sunday night that, "The trains are performing well."

Ottawa light rail train towed away from Hurdman Station
Jul 21, 2019 7:49 PM
Comments
We welcome your feedback and encourage you to share your thoughts on this story. We ask that you be respectful of others and their points of view, refrain from personal attacks and stay on topic. To learn about our commenting policies and how we moderate, please read our Community Guidelines.