City officials say, "With new escalators, there is a breaking in period and fine tuning during which minor adjustments are required."
Sep 16, 2019 12:59 PM By: Mike Vlasveld 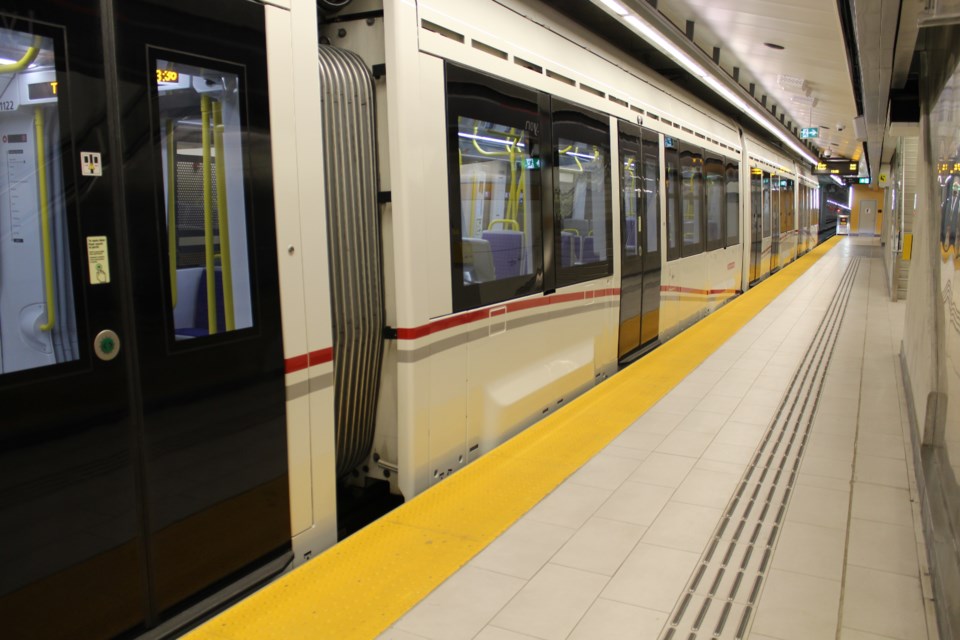 The City of Ottawa is generally happy with how the Confederation Line is operating during its first weekday open to the public, with the exception of an escalator issue.

The city's General Manager of Tranportation John Manconi said Monday morning's launch was on time, and the morning commute ran very well without incident or delays.

His team dealt with one incident of a trespasser at Tunney's Pasture Station in the early morning hours, Monday, before service started, that the city is investigating.

He added that the City is monitoring the disruption to escalators and elevators.

The Confederation Line's 13 stations include a total of 59 elevators and 43 escalators.

"All of them are monitored by our operations centre using real time SCADA system, which provides immediate reporting of any situation associated with these systems," said Manconi is a statement from the city. "With new escalators, there is a breaking in period and fine tuning during which minor adjustments are required. A combination of customer load calibration and fine tuning has resulted in the escalator interruptions.  The adjustments are straightforward and involves a simple reset by a certified technician."

In the meantime, the city has added technicians throughout the system.

There were a few reports of escalator interruptions at the Rideau Centre over the weekend.

To manage and respond even quicker to these issues, the city has stationed an escalator/elevator technician on site at the Rideau Station and is reminding customers of the many redundancies, such as double elevators, stairs, other escalators, etc., that are available to them as options should any of the escalators or elevators not function.

The Rideau Station has three levels connected by stairs, 8 elevators and 18 escalators.

Manconi explained that four of the 18 escalators are integrated with commercial partners attached to the Rideau Centre and the city is coordinating appropriate response procedures when one of these escalators has any interruptions.

The only other issue to report since the LRT launch on Saturday was a minor interruption to the video chat function on the ticket machines which was restored within one hour.