The City of Ottawa's General Manager of Transportation Services, however, still has concerns about the 34 trains, asking the Rideau Transit Group to "shake out" certain issues.
0
May 10, 2019 2:51 PM By: Jeff Slack 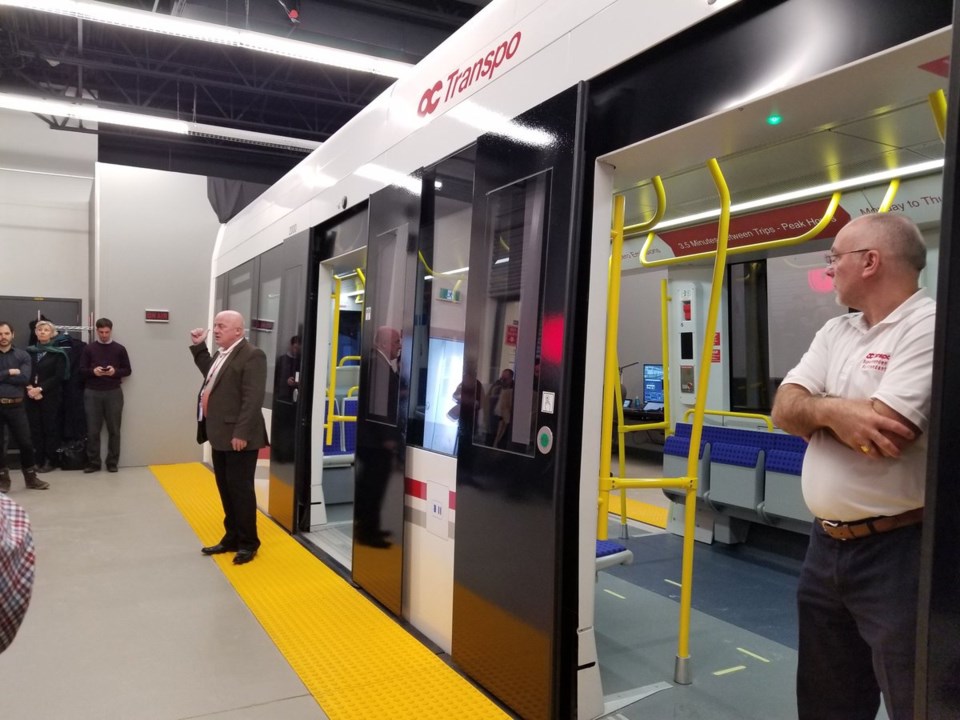 Rideau Transit Group (RTG) is sticking to its word that it will provide the keys to the City of Ottawa's light rail transit system by the end of the second quarter.

According to city officials, RTG is in the final stages of completion, as 13 of the stations received their occupancy permits and final clean up is underway.

RTG has also filed for substantial completion, which means it moves to trial runs. If that is successful, the safety authority has to sign off on it, and then it can go to the city. The city then has four weeks to launch the service.

John Manconi, Ottawa's General Manager of Transportation Services, has one concern regarding the 34 trains. All trains are operational and are being tested on the track, but he still wants RTG to address some outstanding issues with Alstom Citadis Spirit vehicles, the company that builds the trains.

"RTG needs to continue to focus on that with Alstom. Because, as I said over and over again, we need a reliable fleet to go into service," Manconi told councillors.

He added, "The best thing RTG can do now is have laser focus and be accountable for getting those vehicles to the state we need, and put pressure on Alstom to make sure they deliver."

Manconi referred to minor issues around starting up the trains that can easily be fixed, and while most of these aren't "showstoppers," they still aren't ready for passengers.

Listen to Manconi's conversation on 1310 NEWS' The Rick Gibbons Show:

When directly asked what date residents should expect to see the LRT available to them, Manconi was vague with his answer.

"You know me with dates. If [RTG] make [end of June] you're into a summer launch," he said.

If everything works out, transit users could be using the trains in late July.