Extinction Rebellion wants to draw attention to what it's calling a climate emergency, as it pushes for governments to achieve net zero carbon emissions by 2025.
0
Oct 7, 2019 2:52 PM By: Jeff Slack 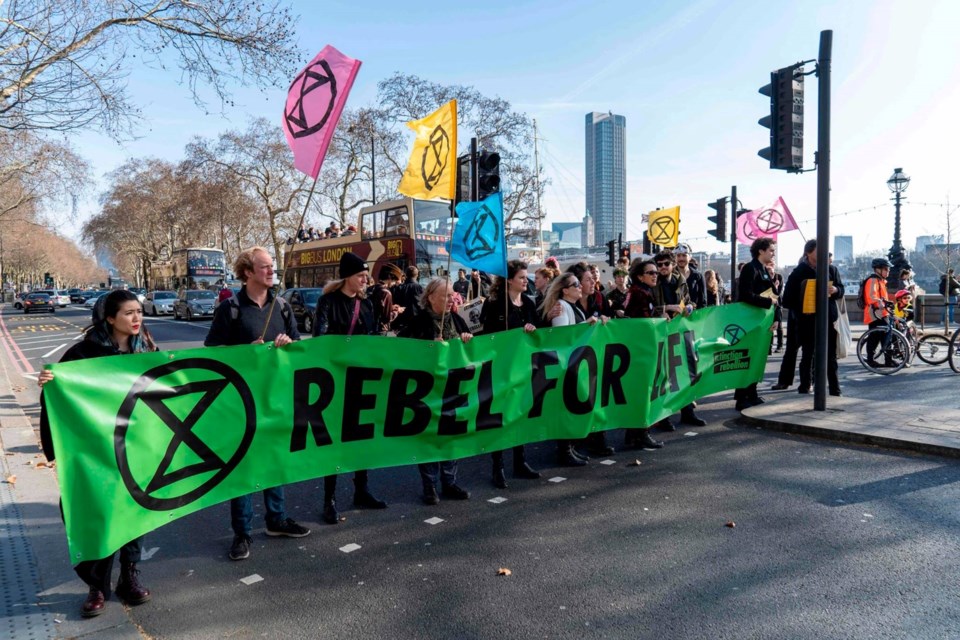 Climate activist group Extinction Rebellion is staging a protest called "The Blood of Our Children," outside the Canadian Museum of History, where the federal election debate will be held.

Fake blood, made from biodegradable ingredients, is going to be spilled outside the venue. It's meant to represent a vision of the future where our decedents died because of the current day inaction against climate change.

"It's a symbolic way of saying their blood is on our hands," said Emmanuel Proulx, a member with the Ottawa chapter of Extinction Rebellion.

The Extition Rebellion group made a few remarks before pouring out the fake blood. They were drowned out by the crowd behind me cheering for conservative leader Andrew Scheer’s arrival pic.twitter.com/jNMgzlvq8e

"We've been going the democratic way, signing petitions, passing pamphlet, sharing things on the Internet, and talking to our MP's," added Proulx. "There was almost nothing being done after that. Or the things that have been done are clearly insufficient. At this point, we don't have much choice. The future of our children are at stake and we have to do something."

Extinction Rebellion wants to draw attention to what it's calling a climate emergency, as it pushes for governments to achieve net zero carbon emissions by 2025.

The group plans to hold a second protest on October 17, where it will block one of the interprovincial bridges, connecting Ottawa and Gatineau. Proulx did not specify which bridge would be blocked on that date.