Even the councillors watching over Rick Chiarelli's ward, in his absence, don't know what is going on with him.
0
Nov 7, 2019 4:17 PM By: Jenn Pritchard 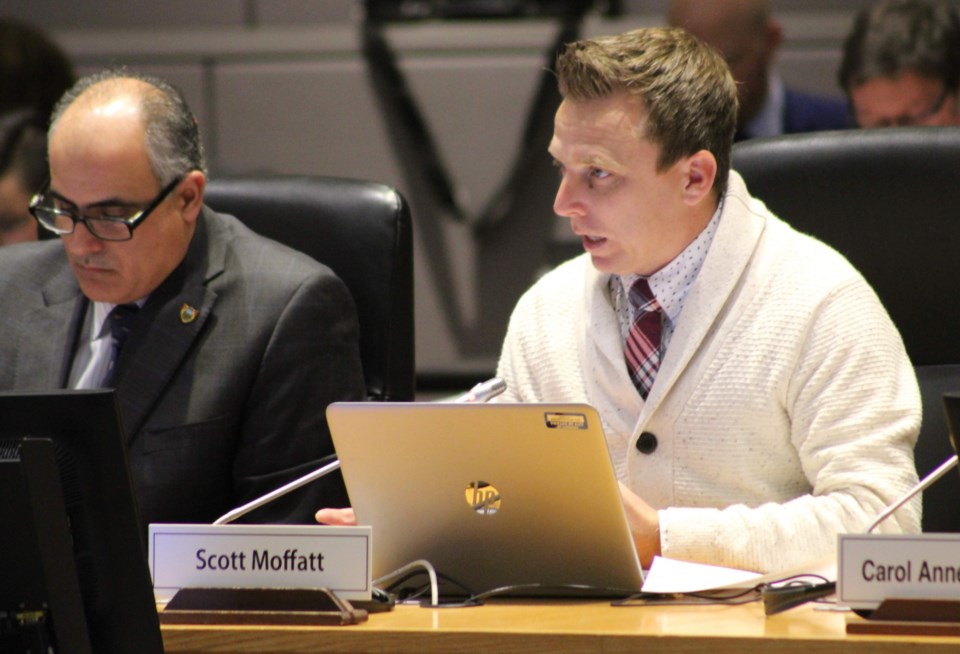 It was a media circus when councillor Rick Chiarelli sauntered through Ottawa's City Council Chamber doors, and it ended with a quick getaway -- through a back door after the council meeting.

He barely spoke during the meeting, and didn't answer any questions, either from media members or his council colleagues.

This has placed the City of Ottawa in a tough spot, as no one really knows what this means for College ward residents.

In September, council passed a motion that put councillors Allan Hubley and Scott Moffatt in charge of overseeing the ward, and as of Thursday, that remains in place. At least, that's what they think.

"We still don't know what the relationship is between [Chiarelli] and the constituents and the office right now," said Scott Moffatt. "From what I gather, this is not a full time councillor at the moment. So, given that reality, the residents of College ward deserve representation."

Moffatt explained that he's been left in the dark about the situation.

Mayor Jim Watson noted that this uncertainty has left College ward with out a permanent voice at city council.

Watson also explained that his appearance in council chambers caused members of council and staff to feel very uncomfortable on Wednesday.

"When he came in, you saw no one, basically, wanted to speak with him because they're disgusted by these allegations that we've seen and heard about in the news media," said the mayor.

Councillor Moffatt pointed out that, normally during council meetings, people get up and walk around and talk to their colleagues, but there wasn't much of that happening down on Chiarelli's end of the table, Wednesday morning.

Moffatt said it may be because people don't know how to handle the situation.

While the city awaits the results of an investigation by the Integrity Commissioner into sexual misconduct allegations against the College ward councillor, Moffatt has agreed to stay on as a contact person for the ward until he's told otherwise.

Gatineau police not looking for suspect after finding two dead in Riviera Park area
Jan 27, 2020 10:55 AM
Comments
We welcome your feedback and encourage you to share your thoughts on this story. We ask that you be respectful of others and their points of view, refrain from personal attacks and stay on topic. To learn about our commenting policies and how we moderate, please read our Community Guidelines.