An Ottawa Fire Investigator has been called in to determine the cause.
0
Mar 26, 2019 6:41 AM By: Victoria Williston 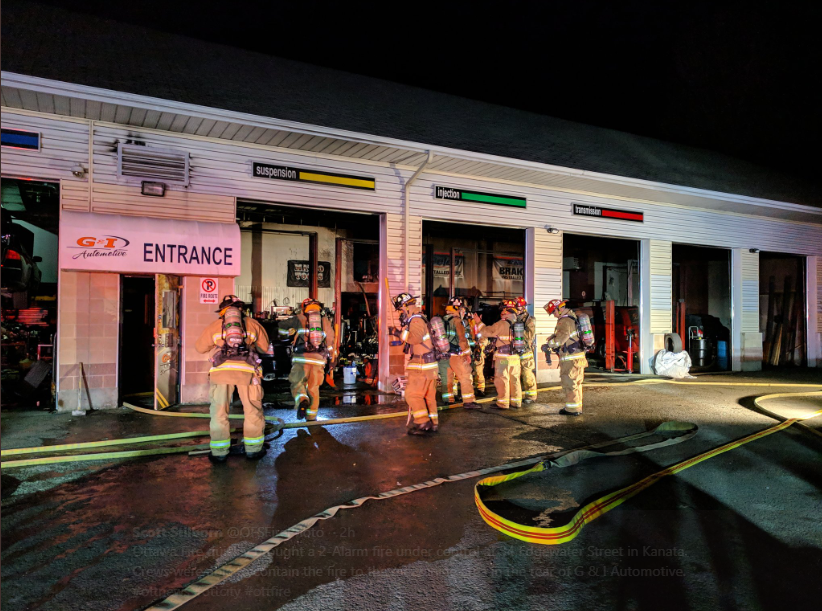 Ottawa Fire Services responded to a two-alarm blaze Tuesday morning at a commercial garage in Kanata.

The fire at 34 Edgewater Street, near Terry Fox Drive and Hazeldean Road was contained to the rear of the building.

Ottawa Fire quickly brought a 2-Alarm fire under control at 34 Edgewater Street in Kanata. Crews were able to contain the fire to the mezzanine area in the rear of G & I Automotive. #ottnews #ottcity #ottfire pic.twitter.com/qJ1ioFhvQJ

The building was unoccupied at the time of the blaze and no one was injured.

The estimated amount of damage to the business is not yet known.

Fire crews are investigating the incident.