Some councillors have safety questions ahead of the LRT technical briefing.
Aug 23, 2019 6:29 AM By: OttawaMatters Staff 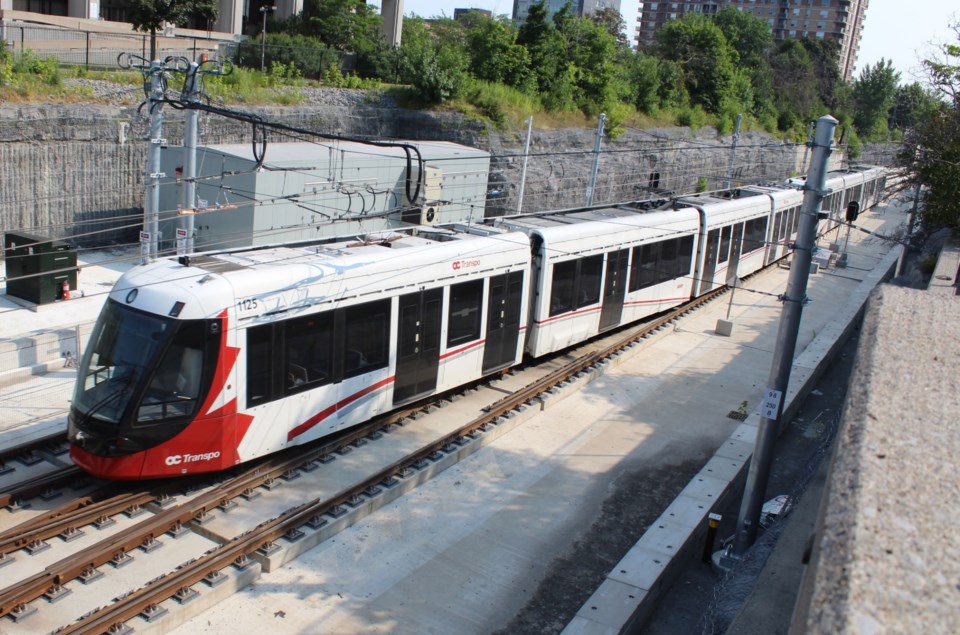 Transit riders will soon learn when they'll be able to ride the Confederation Line, as the city announces the LRT's opening date at a technical briefing, Friday afternoon.

The mayor will be joined by other elected officials for a technical briefing, where details of the testing and the transit line's opening date will be revealed.

"Safety is always worth the wait," said Councillor Allan Hubely, transit commission chair. "That's what I said from the time I took this job in December, was that I didn't want to rush anything."

This afternoon's event will update city councillors and the media. So far, the city has refused to say anything about what's been happening during the critical 12-day testing period, nor how close the builder, Rideau Transit Group, is to completing the testing period.

RTG must complete 12 days of testing without a major deficiency before it can hand possession of the line over to the city and receive its long-awaited $202.3-million payment; the transaction has been deferred during the latest delays.

The first big train ride on the Confederation Line will be followed up by the third degree. Several councillors still have questions regarding the 12 consecutive days of testing phase, which in reality took more than 20 days to complete.

"We've heard some really concerning allegations out there and not just from one source," explained Kitchissippi Ward Councillor Jeff Leiper. "That the testing methodology may have been changed through the course of the test in order to make sure that the train can move ahead."

Leiper explained that he's not worried about the overall safety of the train, but more so of the small potential defects.

"The communication systems, the display screens, the doors," Leiper said. "I want to make sure that those are working well so that once the train goes into service, it stays in service."

Bay Ward Councillor Theresa Kavanaugh explained that this is a big step for the city, but there are concerns.

"Despite all the delays, I'd rather have a delay than a problem," said Kavanaugh. "It's much easier to fix the problem before you announce."

Both Leiper and Kavanaugh admit that when they take the train ride on Friday afternoon, they'll be keeping a close eye out for any issues.

Learning the lessons of COVID-19's first wave — The challenges of retirement residences during the second wave
Oct 24, 2020 4:39 PM

Ottawa Humane Society gets $15,000 to help pet parents make ends meet during pandemic
Oct 24, 2020 3:28 PM
Comments
We welcome your feedback and encourage you to share your thoughts. We ask that you be respectful of others and their points of view, refrain from personal attacks and stay on topic. To learn about our commenting policies and how we moderate, please read our Community Guidelines.