Could 'newly-unearthed data' bust the myth of Ottawa's boring reputation?

Everyone who lives in Ottawa has heard some version of the following: ‘Ottawa is a sleepy government town — nothing fun ever happens there!’ The capital has long had the reputation as the “city that fun forgot” — one that, in recent years, the city has been working hard to shed.

Some newly compiled data from Statistics Canada may bury that reputation once and for all.

At the Ottawa Culture Summit on Friday morning, Kelly Hill, the founder of Hill Strategies, presented new findings — based on what he calls "newly-unearthed data" — that suggest that Ottawa’s cultural sector is booming, and in some cases leading among Canada’s eight largest metropolitan areas.

“Ottawa-Gatineau residents are really involved in the cultural sector,” Hill told Ottawa Matters. “They really care about culture, because they vote with their feet. They attend many different kinds of things, and they also create and perform art at levels not seen in any other census metropolitan area in the country. They’re very engaged in culture, broadly writ.”

Hill says that the data came from unique requests put in to Stats Canada. “It’s all new data,” drawn from the 2016 General Social Survey, a national survey conducted every five years or so, he pointed out. The survey results aren’t usually compiled on a local level, and Hill says using the data in this way is unique. 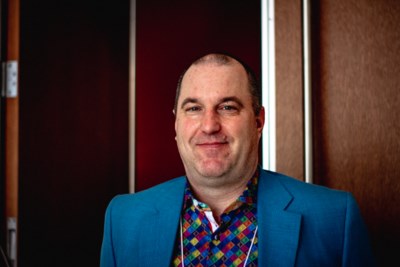 Peter Honeywell, executive director of the Ottawa Arts Council, says that these kinds of findings help provide an accurate snapshot of the city’s cultural industry. Ottawa’s culture industry is beset by myths, and if any of the city’s attempts to improve that culture industry are going to be successful, it would be helpful to know what is fact and what is fiction.

“The goal here is really to get an accurate snap shot of what this community really is,” says Honeywell. “I thought that Kelly Hill’s presentation sort of blew some of the myths out of the water, which is we are very engaged, this community is engaged in making art and in attending and to going to festivals, and we are an extremely fortunate city."

It is not a perfect study, because the data isn’t perfect. Culture is not only going to museums, visiting heritage sites and going to concerts. Those are trackable, quantifiable things; feelings of attachment, inclusivity, and passion for a city’s culture sometimes aren’t.

“How do you define culture? How you ask questions about culture matters a great amount to what you can find,” says Hill. “It's not a perfect definition. But for Ottawa-Gatineau, it was a definition that was very positive. The categories that we were able to pull out, the groupings of cultural activities, the findings are incredibly positive overall.”

Honeywell says that one area that is getting some extra attention in the research around Ottawa’s cultural scene is precisely to try to expand this definition.

“In the past we’ve had these conversations and it tended to be the usual suspects,” he says. “I think this kind of a process really busting that open, right?” The Cultural Summit’s research process, which Honeywell says took around 18 months, focused on getting out of the sometimes-stuffy, sometimes-affluent core, and into neighbourhoods and areas of the city that the cultural sector so often seems to pass over. The message, says Honeywell, was: “I want your opinion. We want you guys to go out there and talk and get that information back and come to us with anything. We're willing to listen."

The big question, of course, is whether these findings will change any minds. It’s unlikely that the reputation as “the city that fun forgot” is one that is rooted in statistics. Rather, it’s a vague and imprecise feeling that people, both in the city and outside of it, have. Those can be hard to uproot. But Hill — a true believer in the power data if there ever was one — says that it’s a start.