Council gives itself one more day to talk Château Laurier

While the original motion failed, council agreed to reconsider it on Thursday.
0
Jul 10, 2019 6:43 PM By: Jenn Pritchard 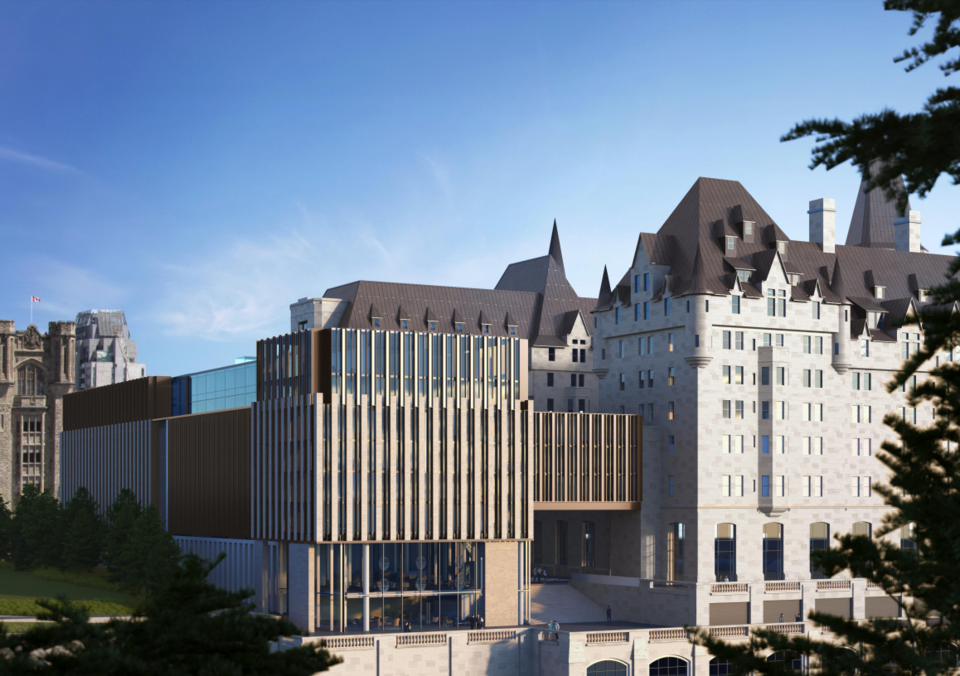 View of the proposed addition from the Rideau Canal.

'The Battle Château,' as it's been dubbed, rages on.

On Wednesday, each city councillor had a chance to speak their mind on the motion to pull the heritage permit. Nearly all members said they don't like the design, but some still refused to vote in favour of the motion citing issues with the legal ramifications.

In the end councillor Mathieu Fleury's motion was defeated 14 - 9.

But councillor Diane Deans asked for a reconsideration at the next council meeting in August. This motion was planned but ahead of time, in secret between councillors, including Rick Chiarelli who initially voted no in the first motion.

Mayor Jim Watson had his own motion. This motion would see the reconsideration take place at a special meeting of council the very next day.

Councillor Mathieu Fleury said he was disappointed to see the meeting moved up because he wanted more time fo councillors to get out in their wards and speak to their constituents.

Diane Deans noted that it was very convenient for the mayor to have such a motion already drafted before the meeting and speculated that someone let the cat out of the bag.

While Fleury doesn't expect the meeting on Thursday to make any impact on the votes, he's happy to be able to again stress the need for a redesign.