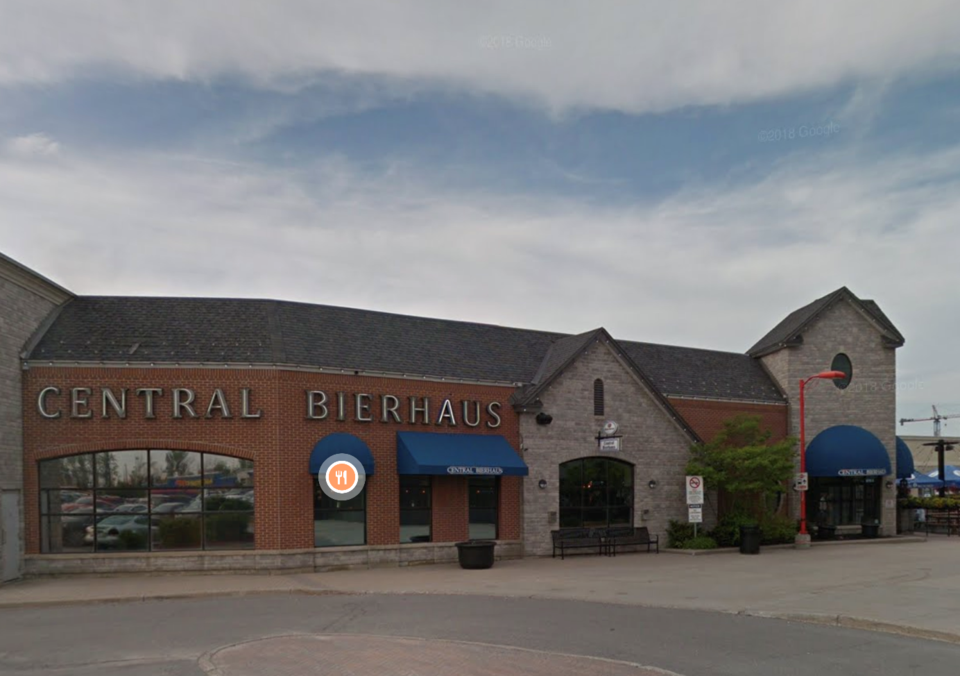 A Kanata restaurant is closing its doors — hopefully temporarily.

The Central Bierhaus, located in the Centrum Shopping Centre, says it will be both closing its doors and stopping takeout until “they are able to get the green light from the government for indoor dining seating.” 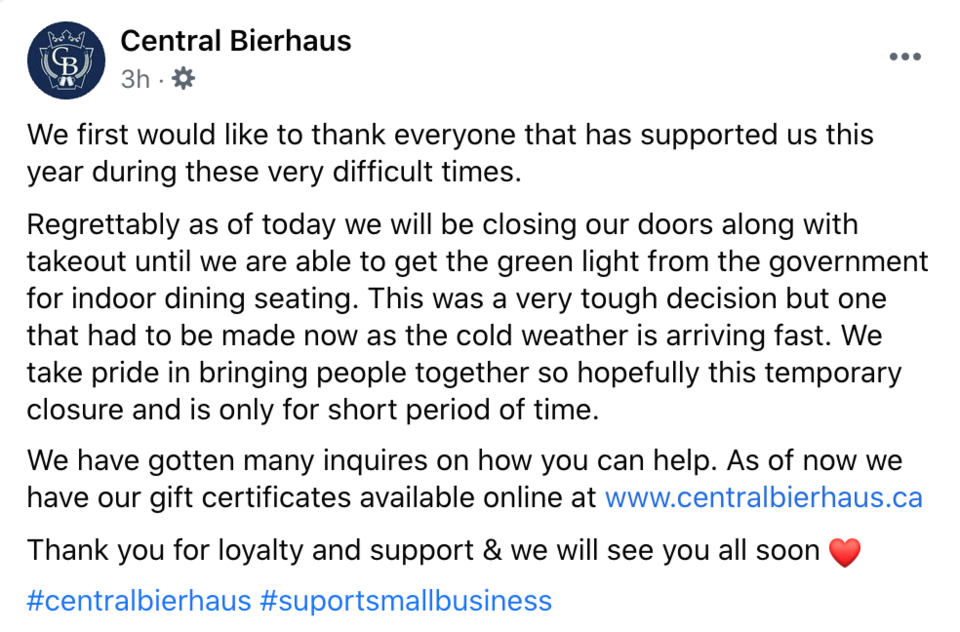 The restaurant, in its Facebook announcement Sunday, says it was a tough but necessary decision as the weather gets colder in Ottawa.

“We take pride in bringing people together so hopefully this [is a] temporary closure and is only for a short period of time,” the post said.