About 200 cyclists, many of them wearing black, rode in silence past the spot where a man was fatally struck by a vehicle last week while cycling in a bike lane.
0
May 22, 2019 6:17 AM By: Jason White 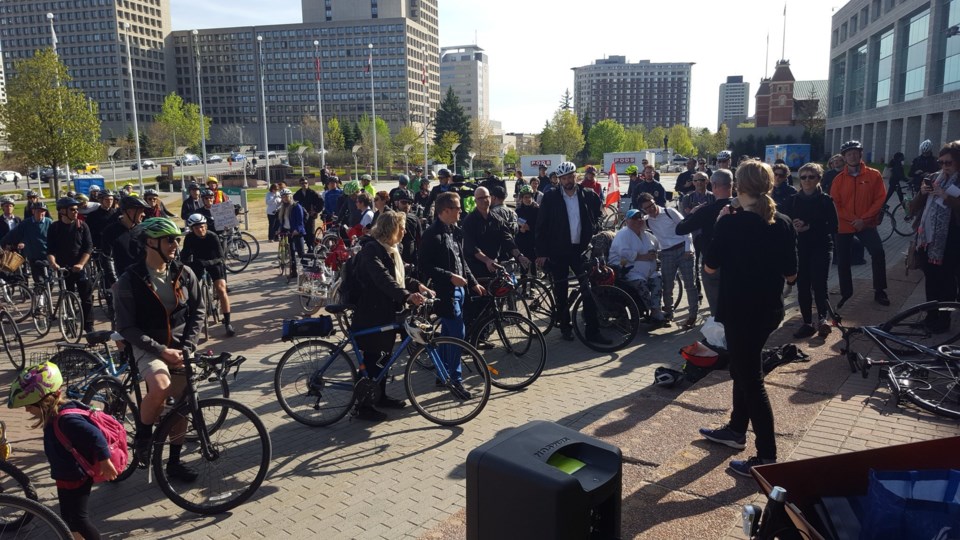 Rolling for Justice rally near City Hall in Ottawa, May 22, 2019. Jason White/ OttawaMatters.com

A rolling protest on Laurier Avenue demanded the city provide more protection for cyclists on the capital's streets, Wednesday morning.

About 200 cyclists, many of them wearing black, rode in silence past the spot where a man was fatally struck by a vehicle last week while cycling in a bike lane.

"It was emotional, it was very difficult to come over that rise and come into the area where the cyclist was killed last week," said Somerset Councillor Catherine McKenney, who was one of the cyclists participating in Wednesday morning's demonstration.

The cyclists' message was that they want the city to do more to protect them from vehicles on Ottawa's streets, and want the capital's streets to be designed to meet what they call "vision zero."

"We know that we can make our streets...where they are built so that no one does on them," said McKenney. "We've got to be aggressive about it and we've got to invest in it."