Some residents along the river are angered by photos, circulating on social media, showing water levels in some spots on the Ottawa River that are low enough to expose riverbed, while communities downstream are flooded out.
0
May 15, 2019 6:42 AM By: Jason White 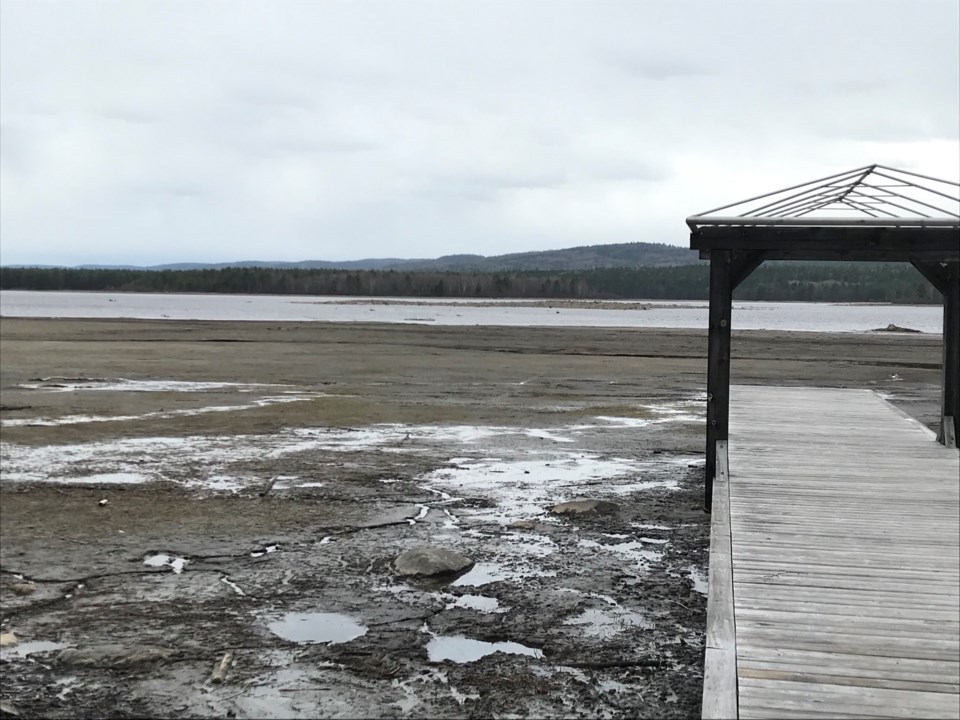 Photos taken May 13, 2019, show water levels low enough to expose parts of the riverbed on the Ottawa River, upstream from the Rolphton dam. Courtesy: Dave Smyth

As the Ottawa River slowly recedes, the province will look at what can be done to reduce flooding in the future, mitigate its effects, or both.

The task force was established by the province in the wake of spring flooding in the Ottawa Valley and in central Ontario. The internal task force will discuss how to better prepare for floods and respond to them when they happen.

"This is two years out of three that the Ottawa (River) has been devastatingly high," said John Yakabuski, natural resources minister and Renfrew-Nippissing-Pembroke MPP. "It's only the right thing for us to stop and take a look, and see if there's anything that we can do differently."

Some residents along the river are angered by photos, circulating on social media, showing water levels in some spots on the Ottawa River that are low enough to expose riverbed, while communities downstream are flooded out.

Ottawa River Flooding
This picture is from west of the Rolphton Dam on Monday May 13th
As thousands of people downstream lose their cottages and homes, there are sandbars in the middle of the Ottawa River
Contact your Mayor, Ontario Power Generation or John Yakabuski pic.twitter.com/eHWXBnzA4N

"People who have lived along since the '60s and '70s will say that they used to drop (the water level of) the river in the fall, to prepare for the amount lof snowpack and everything that would happen in the spring," said Cumberland Ward Councillor Stephen Blais.

"If something has changed in how the river is managed, then that needs to be reviewed," Blais told 1310 NEWS.

Both Ontario Power Generation and the Ottawa River Regulation Planning Board say they have to lower water levels in some spots, during the spring freshet, in order to mitigate or prevent flooding further upstream.

In a statement on its website, Ontario Power Generation says, "as the river flow increases, OPG maintains a low elevation at Des Joachims to minimize flooding upstream into the Mattawa area."

OPG says a set of rapids, from Mattawa to Klock, naturally restrict water flow and causes water to back up to Mattawa. The utility says once the river flow declines to a point where the natural rapids no longer create a backwater effect that places Mattawa at risk of flooding, OPG will raise the water levels at Des Joachims to typical operating levels.

The provincial task force is expected to look at the way the Ottawa River's flows and levels are managed.

"Anytime you have...catastrophic results of flooding such as we've had, you have an absolute responsibility to examine the operations, to ensure that you've done everything that you could to mitigate the extent of it," Yakabuski told 1310 NEWS. "And if not, to where things could be improved."

The province's flood task force has meetings with municipal, Indigenous and industry leaders planned in Pembroke on May 23, and in Ottawa on May 24.