The intersection has reopened and police are continuing to monitor the area.
Nov 21, 2020 7:30 AM By: Alex Black 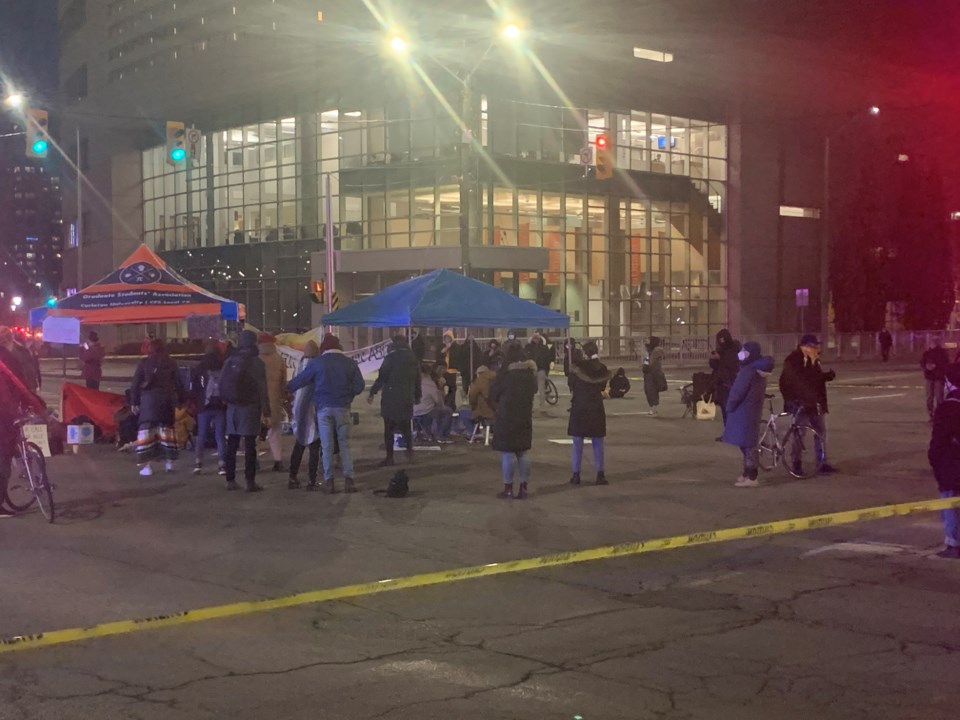 The Ottawa Police Service (OPS) has shut down a demonstration at the intersection of Nicholas Street and Laurier Avenue, and 12 people have been charged.

The demonstration, 'A Day of Action for Anishinabeg and Black Lives,' was organized by the Ottawa Black Diaspora Coalition.

Protesters had been set up at the location since 2 p.m. on Thursday, November 19, with pop-up tents set up in the middle of the intersection.

Police say demonstrators were offered numerous locations to relocate to, and after multiple warnings, officers moved in around 3:30 a.m. Saturday, November 21, and removed everyone from the area.

Police have charged 12 people with multiple charges in connection with the protest.

The intersection has reopened and police are continuing to monitor the area.

Meantime, shortly before the demonstration was shut down, the Ottawa Black Diaspora Coalition tweeted city officials had agreed to a meeting to discuss their demands, which include policing, education, and health and housing.

WE GOT A MEETING 😉

Happening tomorrow we will be meeting with City Council Officials and the Ottawa Police Board to discuss our demands.

We will still be occupying Laurier & Nicholas tomorrow so please still show up and await updates! pic.twitter.com/aYFUV0OJTS

Ottawa city councillor Shawn Menard tweeted his displeasure with the dismantling of the demonstration, saying resolution was coming.

I’m hearing that there was no warning. Resolution was going to happen in the morning with a meeting with Councillors. The situation was escalated instead. https://t.co/vgacJRpkZk

Demonstrators are now at Ottawa Police Headquarters at 474 Elgin Street, calling for support and demanding the release of the 12 protesters who were arrested.