The most-noticeable change is the addition of electronic vote tabulators, but some voting locations have changed.
Jun 6, 2018 11:32 AM By: Jason White 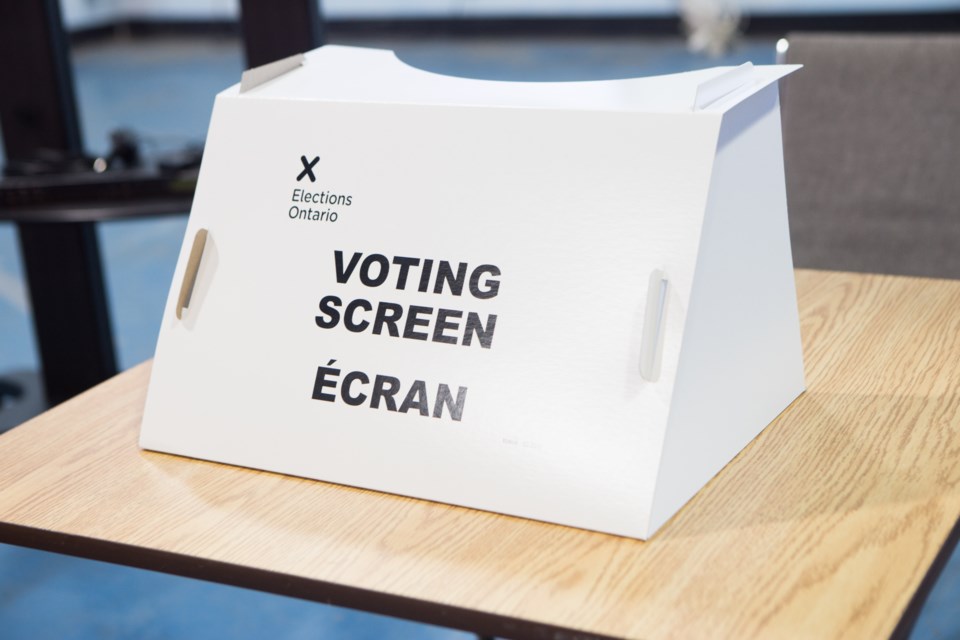 A voting screen in a polling station. (Supplied/Elections Ontario)

Some changes in this provincial election -- both in technology and some voting locations -- could affect you when you go to the polls, Thursday.

The most-noticeable change is the addition of electronic vote tabulators.

The technology is new for provincial elections, but has been used before in some previous municipal elections, Des Granges explained.

With the addition of new ridings this provincial election, Des Granges says voters' electoral districts -- and even polling stations -- may have changed.

"We're encouraging Ontarians to see if they're on the voters list, and they can do that by going on our website," Des Granges told The Rick Gibbons Show on 1310 NEWS.

The information of where to vote can be found on your voter information card -- but some voters have not received theirs in the mail.

If you don't have a voter information card, you can still vote; Elections Ontario says to take identification. A driver's licence works, but you can also use something else with your name and address, like a utility bill, pay stub, or school transcript.

Click here for more information on how to register on election day.

Click here for more information on acceptable forms of identification.