His family has been raising money for research that could help develop treatment for Michael but the pandemic has meant many planned fundraising events had to be cancelled.
Sep 30, 2020 7:06 PM By: Canadian Press 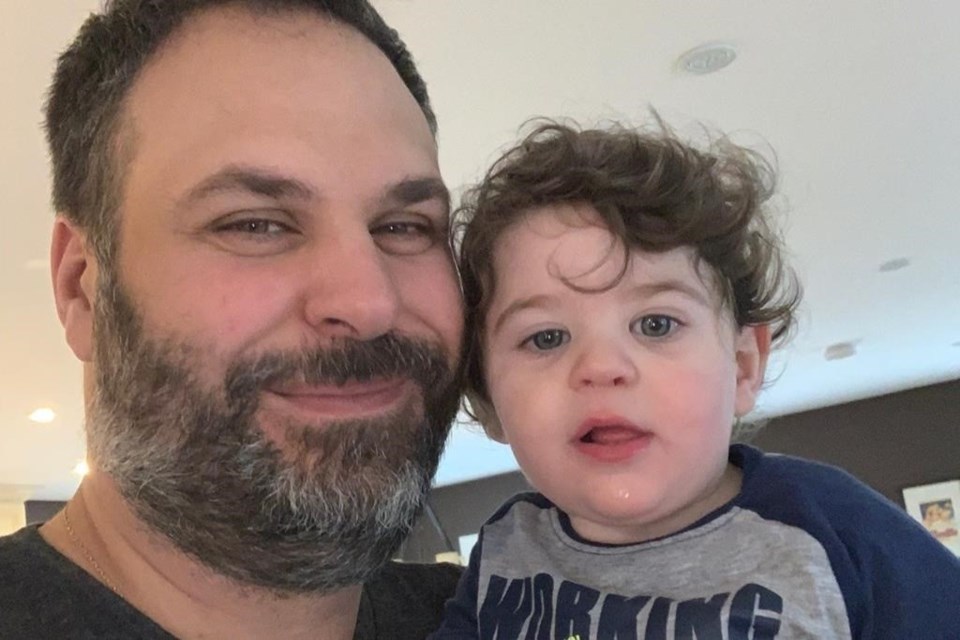 The father of a young Ontario boy with a rare genetic disease is asking the federal government to help fund research that could treat his child's condition, saying the support is particularly needed since the COVID-19 pandemic has made it tough to raise donations.

Terry Pirovolakis said his two-year-old son Michael was diagnosed last year with SPG50, an extremely rare disorder that causes a loss of mobility and a decline in brain functions over time.

His family has been raising money for research that could help develop treatment for Michael but the pandemic has meant many planned fundraising events had to be cancelled, he said.

"It's been very difficult because we had to stop all of our fundraising campaigns," Pirovolakis said. "We're all in the same situation where our lives are turned upside down but ours is a bit more complex, where we're trying to build a cure."

The family noticed Michael was not meeting his milestones as a baby, Pirovolakis said. After many tests and doctors appointments, the young boy was diagnosed with the disease that could lead to developmental delays and confine him to a wheelchair by the age of 10, the family said.

Determined to help their son, the Pirovolakis family has been trying to raise money to get the child into experimental treatment.

The family had put on events that included a golf tournament, a gala and a Christmas market to fundraise last year, but can now only rely largely on online campaigns such as their GoFundMe page while COVID-19 restrictions are still in place, Pirovolakis said.

In an effort to keep raising funds and awareness for their son's condition, Pirovolakis said he planned to bike from Pickering, Ont., to Ottawa – starting on Saturday – and has asked to meet with the Prime Minister Justin Trudeau next week.

"We're seeing if there's any way that we can get some sort of funding from the federal government," he said.

"Hopefully, we'll meet Mr. Trudeau and bring awareness and bring funding and support not just for my son, but for the other children affected by this disease."

The family has raised almost $1.6 million so far but is hoping to raise $3 million. Pirovolakis said research on SPG50 is being conducted in several hospitals outside Canada and involves gene therapy.

The prime minister's office did not immediately respond to a request for comment.