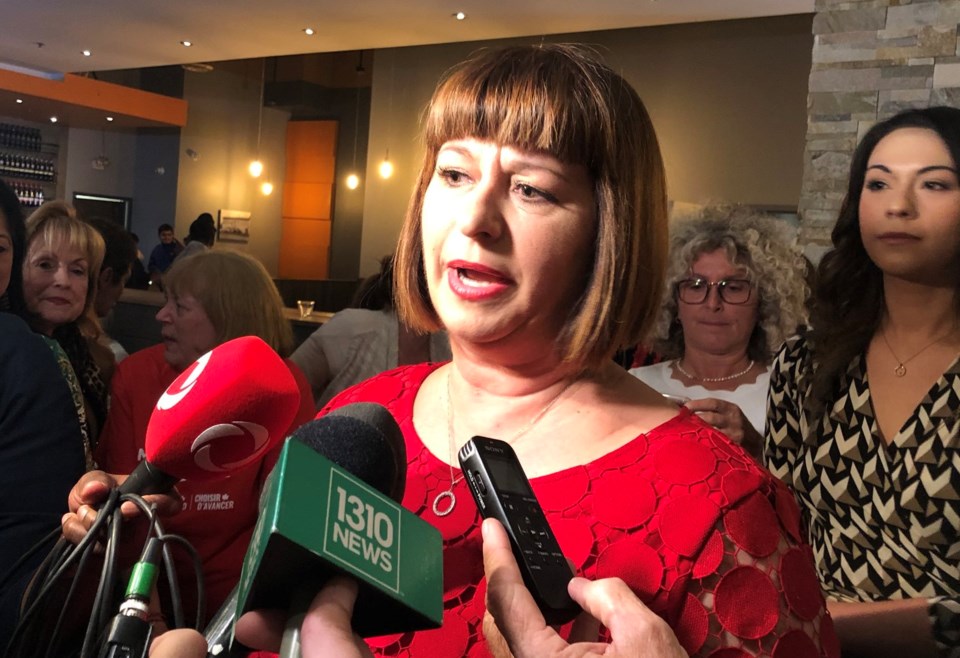 As the Liberal Party of Canada goes from a majority to minority government, Ottawans will see many of the same faces representing them in the House of Commons.

None of the ridings in the City of Ottawa and surrounding area changed political stripe, Monday night.

The only change in the region was Liberal Marie-France Lalonde taking over as Member of Parliament in Orleans from Liberal Andrew Leslie, who won in 2015. Residents in that area are familiar with Lalonde, as she was elected Liberal Member of Provincial Parliament for Ottawa--Orleans in 2014.

Federal election polls closed in Ontario at 9:30 p.m., Monday, and The Canadian Press declared the winners in each of Ottawa's local ridings within two hours.

The core of Ottawa is staying Liberal red with Catherine McKenna being re-elected in Ottawa Centre, David McGuinty in Ottawa South, Mona Fortier in Ottawa-Vanier, Marie-France Lalonde in Orleans and Anita Vandenbeld in Ottawa West-Nepean. A bit farther out, Liberals Karen McCrimmon and Chandra Arya hang onto their seats in Kanata-Carleton and Nepean respectively, while Conservative Pierre Poilievre will continue to represent Carleton.

In Renfrew-Nipissing-Pembroke, Conservative Cheryl Gallant has been declared re-elected. Conservative Scott Reid has been elected in Lanark-Frontenac-Kingston, while Conservative Eric Duncan won in Stormont-Dundas-South Glengarry. Finally, Conservative Michael Barrett is set to represent Leeds-Grenville-Thousand Islands and Rideau Lakes in Parliament.

Police search for teen last seen jumping from bridge into Ottawa River
Jul 4, 2020 9:10 AM
Comments
We welcome your feedback and encourage you to share your thoughts. We ask that you be respectful of others and their points of view, refrain from personal attacks and stay on topic. To learn about our commenting policies and how we moderate, please read our Community Guidelines.