VIA Rail's services are still cancelled for all Ottawa routes while protests continue over a natural gas pipeline that crosses Wet'suwet'en territory in northern British Columbia.
0
Feb 17, 2020 7:37 AM By: The Canadian Press 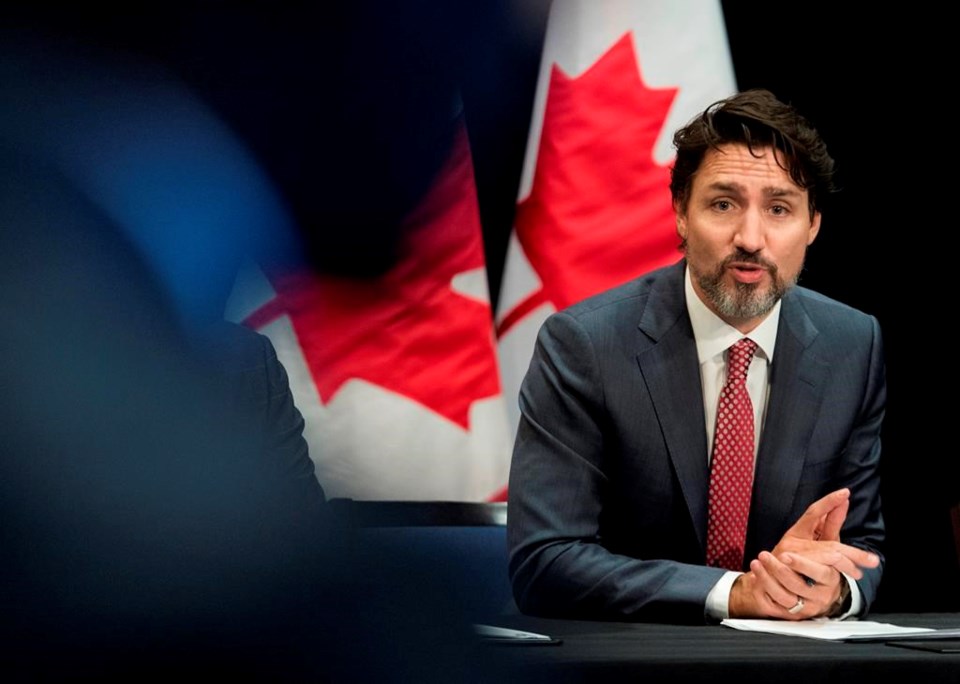 Prime Minister Justin Trudeau speaks with community leaders during a meeting in Montreal, Friday, Jan. 31, 2020. THE CANADIAN PRESS/Graham Hughes
The prime minister is meeting with an emergency group today to discuss anti-pipeline blockades that have shut down swaths of the country's train system.

Justin Trudeau says the Incident Response Group will talk about how to handle the protests against a natural gas pipeline that crosses Wet'suwet'en territory in northern British Columbia.

Wet'suwet'en hereditary chiefs are opposed to the project.

The group was described upon its inception in 2018 as a "dedicated, emergency committee that will convene in the event of a national crisis or during incidents elsewhere that have major implications for Canada."


Trudeau is foregoing today's planned trip to Barbados, where he was slated to meet with Caribbean leaders to campaign for a temporary seat on the United Nations Security Council.

He faced criticism last week over his presence in Africa and Europe as the protests were beginning, so Foreign Affairs Minister Francois-Philippe Champagne will represent Canada in Trudeau's place.

There's mounting political pressure for Trudeau to put an end to the blockades.

"Premier Ford asked the prime minister to take immediate action and provide detail on a clear plan to ensure an end to this national issue," the statement read.

Federal Conservative Leader Andrew Scheer said last week that Trudeau should tell Public Safety Minister Bill Blair to use his authority under the RCMP Act to end what he called the "illegal blockades."

But Trudeau shot back, arguing that Canada is not a country "where politicians get to tell the police what to do in operational matters."

Thus far, the public-facing part of Trudeau's plan appears to centre on discussions and negotiations, rather than police action.

Carolyn Bennett, the minister for Crown-Indigenous relations, is due to meet with her British Columbia counterpart today, Indigenous Relations Minister Scott Fraser. Bennett is also ready to meet with Wet'suwet'en hereditary chiefs, should they give the go-ahead.

Indigenous Services Minister Marc Miller met with Mohawk Nation representatives for hours on Saturday and said they made "modest progress." The focus of their talks, he said, was on the pipeline in northern B.C. rather than the blockade on Tyendinaga territory near Belleville, Ont., which was at that point in its 10th day.

Miller pointed to the Oka and Ipperwash crises as reasons why dialogue is preferable to police intervention in an appearance on "Question Period."

A police officer died during a police raid in 1990 when Mohawks at the Kahnawake reserve south of Montreal blocked the Mercier Bridge, which became the Oka crisis. Five years later at Ipperwash, Ont., one man was killed during a standoff over a land claim by Chippewa protesters outside a provincial park.

But while Ontario Provincial Police have so far declined to enforce injunctions and remove protesters from that blockade, RCMP in B.C. have made more than two dozen arrests while enforcing similar injunctions near worksites for the pipeline at the centre of the dispute.

This report by The Canadian Press was first published Feb. 17, 2020.

Suspect wanted in three Kanata and Stittsville area armed robberies
Mar 30, 2020 2:12 PM
Comments
We welcome your feedback and encourage you to share your thoughts on this story. We ask that you be respectful of others and their points of view, refrain from personal attacks and stay on topic. To learn about our commenting policies and how we moderate, please read our Community Guidelines.