Flooding begins to peak in the capital, could get worse in Upper Ottawa Valley

Soldiers continue to help with sand bagging in Renfrew County, but Ottawa River levels may soon begin dropping in Ottawa and Gatineau.
0
May 13, 2019 6:13 AM By: Jason White 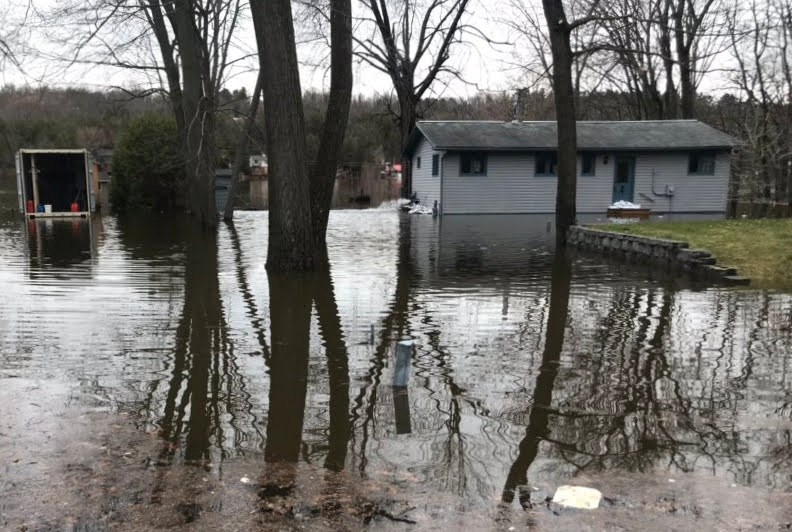 More than three weeks after flooding began on the Ottawa River, the capital's long and wet nightmare may finally be nearing its end.

Floodwaters are nearing their expected peak in Britannia, and river levels are expected to hold steady in Hull and areas downstream.

In the upper parts of the Ottawa Valley, floodwaters have forced people from their homes in Whitewater Region Township, north of Renfrew, as well as in Mattawa.

In Pembroke, water levels are now higher than the previous all-time record, set back in 1960.

Dozens of Armed Forces personnel have been sent in to communities that have declared states of emergency, including those in Renfrew County, to help with sand bagging and other flood mitigation operations.

Flood forecasters say the Ottawa River has stablizied through the Pembroke and Westmeath areas, but could rise further as levels continue to rise in upstream reservoirs.

The latest flood forecast has river levels holding fairly steady through Ottawa and Gatineau, Monday, with levels beginning to slowly recede after Tuesday.

Prisoners at OCDC on hunger strike over access to healthy food, cleaning and hygiene products
Jun 4, 2020 10:49 AM

City of Ottawa looking to allow outdoor space for businesses and food trucks in parks
Jun 4, 2020 9:39 AM
Comments
We welcome your feedback and encourage you to share your thoughts. We ask that you be respectful of others and their points of view, refrain from personal attacks and stay on topic. To learn about our commenting policies and how we moderate, please read our Community Guidelines.