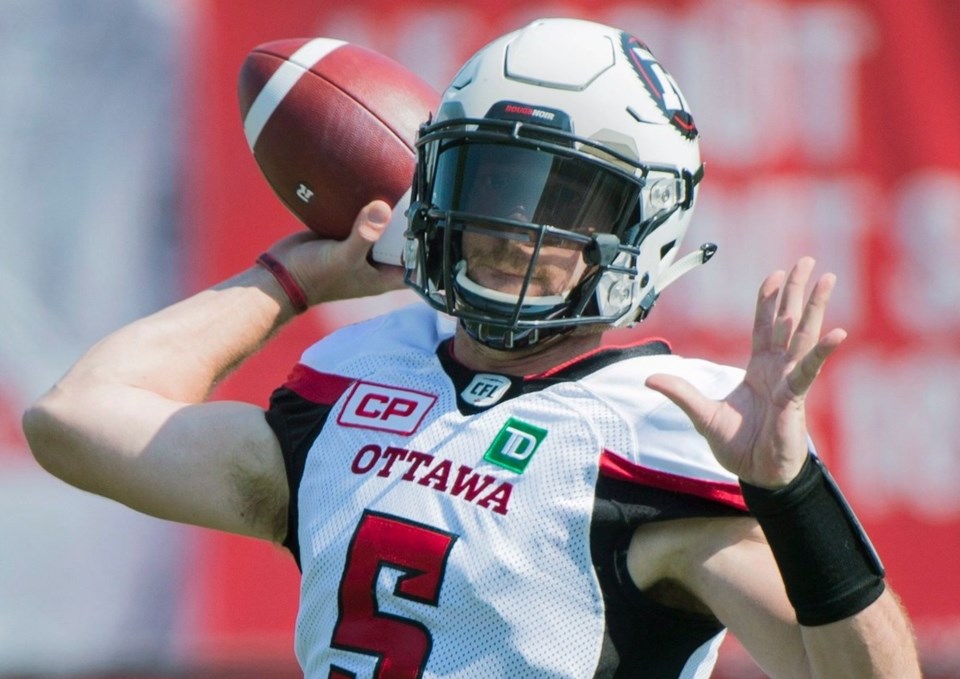 Drew Tate as a member of the Ottawa Redblacks in 2017. Photo/ CFL

After 10 seasons in the Canadian Football League, quarterback Drew Tate is retiring.

The announcement was made by the Saskatchewan Roughriders, Monday.

Tate was traded to the Ottawa Redblacks in 2017 when the team sent a fifth round draft pick to Calgary.

He served as the team's back-up quarterback and started one game for the Redblacks after Trevor Harris went down with an injury, but was released on the eve of 2018 free agency. Tate then signed with the Riders late in the 2018 season, joining the team for the Western Semi-Final against the Winnipeg Blue Bombers, however he didn't take any snaps in the game.

Tate finishes his career with 5,008 passing yards, 35 touchdowns and just 16 interceptions, adding 24 rushing touchdowns. He won a Grey Cup in 2014 as a backup QB with the Calgary Stampeders.

A native of Baytown, Texas, Tate is expected to turn to coaching.

Ottawa sees spike of 50 COVID-19 cases, new outbreak at OCAPDD
Apr 1, 2020 2:45 PM
Comments
We welcome your feedback and encourage you to share your thoughts on this story. We ask that you be respectful of others and their points of view, refrain from personal attacks and stay on topic. To learn about our commenting policies and how we moderate, please read our Community Guidelines.