Bank Street was closed while firefighters battled the blaze, early Wednesday morning, but the road has since re-opened.
0
Oct 2, 2019 7:08 AM By: Jason White 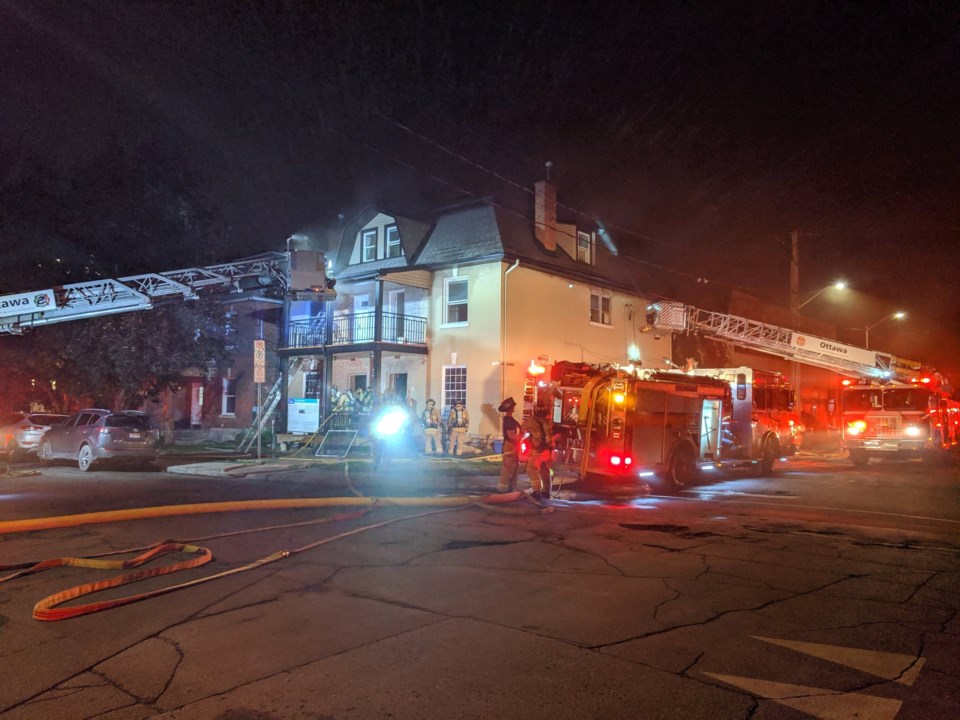 Firefighters battle a blaze in a semi-detached home on Monk Street in the Glebe. Photo supplied/Ottawa Fire Service

A fire in a semi-detached house in the Glebe forced the closure of a section of Bank Street, Wednesday morning.

The fire started in a two-storey home at Monk Street and Thornton Avenue, just west of Bank.

Ottawa Fire says the home is unoccupied, and was under renovation when the early-morning fire began in the basement.

There's no word exactly what caused the fire.

No injuries have been reported.

Bank Street was closed while firefighters battled the blaze, early Wednesday morning, but the road has since re-opened.