After a rash of gun violence in the south end, Chief Bordeleau says he is hoping to increase police officers in the community, and will be looking for more money in next year's police budget.
0
Dec 7, 2018 4:17 AM By: Kieran Delamont 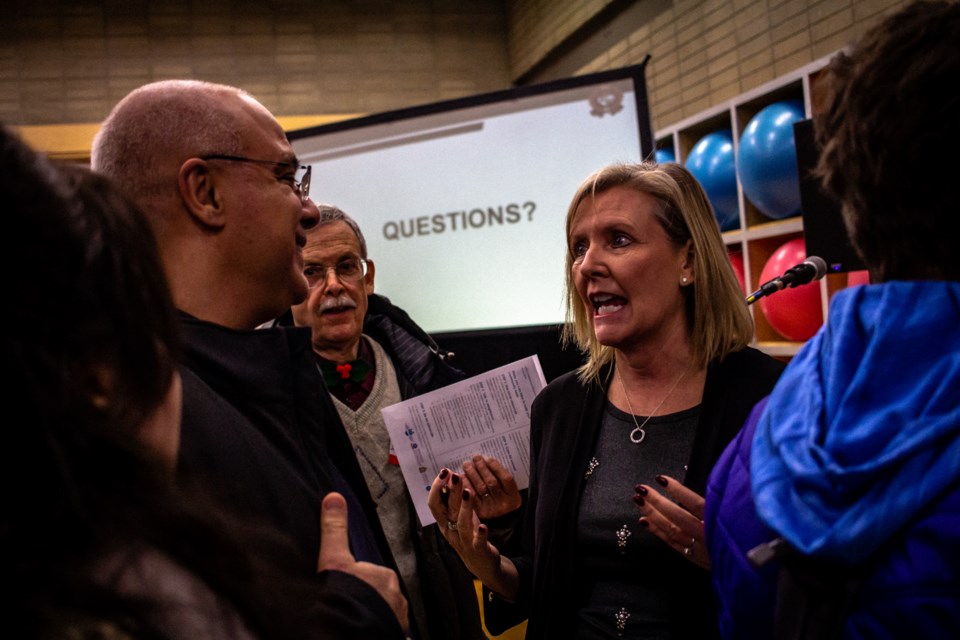 There are no simple explanations for, nor answers to, the problem of gun violence in the city’s south end, residents were told at a community safety meeting held on Thursday night.

Hundreds of residents packed the hall of the Greenboro Community Centre to hear from city officials and police. Many were out to ask for some kind of clarity, both on why there has been an apparent increase in gun violence, and what the city plans to do about it. Above all, they seemed to want to know, in the words of one resident, “when is this going to end?”

That is a question for which there are many answers. Ottawa police chief Charles Bordeleau said that “there is not one magic solution to this issue. … because if there was, we wouldn’t be here.”

Bordeleau said that as part of the budget planning process for 2019, that he is planning on pushing for a community response unit — similar to the previous community policing model — but that he was unable to provide specific details for the program, which he said he hopes will launch in late 2019.

There have been 76 shootings in Ottawa this year. In 35 of those shootings, someone was hit; 16 people have been killed in the city this year. That’s a stark increase, said Bordeleau, from a decade ago, when homicides usually hovered around a half dozen every year.

“A lot more [young men] are armed with firearms these days,” said Bordeleau. “Gone are the days of fistfights, or even knife fights.”

Ottawa police reinforced the idea that the south end of the city is currently being plagued by violence resulting from organized crime. Staff sergeant Sandra Sparling suggested that the south end was seeing the most violence in the city because of its proximity to highway 417 and 174 — drug dealers from Montreal and Cornwall, she said, were getting off the highway and “doing their deals” at places like the Southgate Mall “because it’s easy access.”

Chief Bordeleau also suggested that the recent acquittal of Nedeljko Borozan and Mohamed Mohamed (who were, in November, acquitted of the murder of Mohamed “Magic” Najdi in 2016) was in part to blame for the recent uptick in gun violence.

Mayor Jim Watson also spoke at the event, and said that he is working on organizing a meeting with Premier Doug Ford early next week to discuss the issue of guns and gangs. He said he wants to see the province funding 30 more officers in the city to clamp down on the violence. “I will be pitching the premier to get those dollars unclogged from Queen’s Park,” said Watson.

As with most community meetings, there was an air of frustration. Nobody was particularly happy with what they see as inaction on the part of the city. One woman called the meeting an “infomercial for increasing the police budget”; another man said that it was just a way to “placate the general public.”