Highway 17 expanding to four lanes between Arnprior and Renfrew 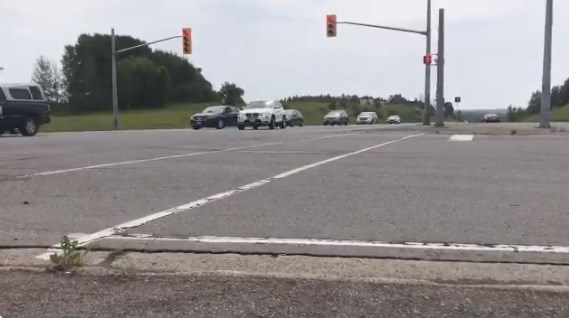 The Ontario government plans to twin a 22.5 kilometre section of Highway 17, from Arnprior to Renfrew.

Renfrew-Nippissing-Pembroke MPP John Yakabuski made the announcement Thursday, on behalf of Minister of Transportation Caroline Mulroney.

The project will widen Highway 17 from Scheel Drive to three kilometres west of Bruce Street in Renfrew County. It will also include four new interchanges.

The stretch of road sees approximately 14,200 vehicles per day.

"The businesses of Renfrew and area have been waiting a long time to hear this good news," said President of the Renfrew and Area Chamber of Commerce Susan Tough. "We are confident that twinning the highway past Renfrew will help our community thrive."

I was thrilled today to announce our government is moving forward with twinning Hwy 17 from Arnprior to Renfrew. Premier @fordnation promised to prioritize this project which is so important to the people of Renfrew County & all of Ontario. Promise made. Promise kept. @C_Mulroney pic.twitter.com/i8bAvPShmR

Work on the highway widening is expected to begin in 2021.

No firm date on COVID-19 vaccine, but lots of prep work being done
Dec 1, 2020 11:32 AM
Comments
We welcome your feedback and encourage you to share your thoughts. We ask that you be respectful of others and their points of view, refrain from personal attacks and stay on topic. To learn about our commenting policies and how we moderate, please read our Community Guidelines.