The City of Ottawa is considering fines for people who hold open train doors. Mayor Watson also admits it was naive to think that, in big crowds, no one would pry the doors open instead waiting for the next train to come.
Oct 9, 2019 2:51 PM By: Jenn Pritchard 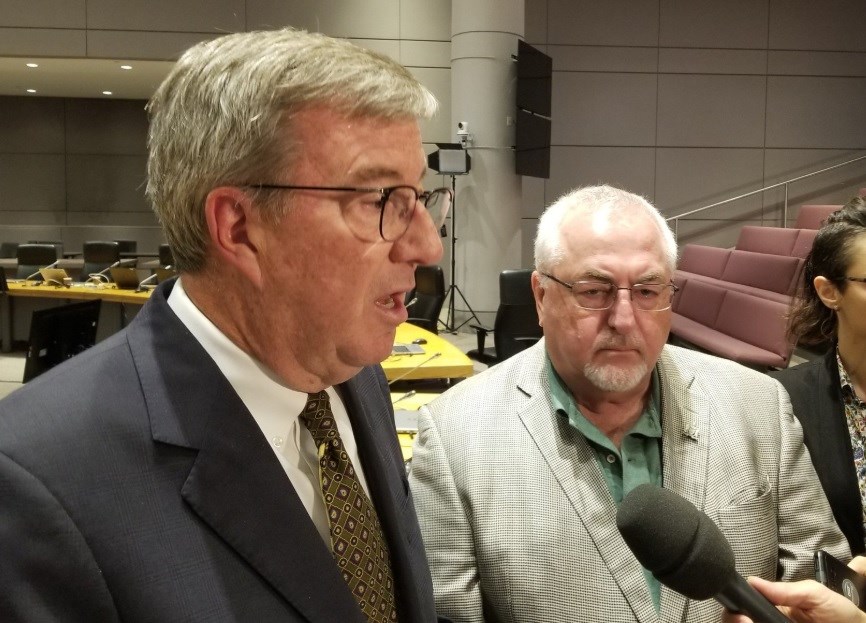 Ottawa Mayor Jim Watson is apologizing to transit users after hearing about issues with light rail train doors for the second day in a row.

"This level of service is not acceptable," he said after Wednesday's city council meeting. "I'm frustrated. I was angry this morning."

"[They've] been tasked, at the direction of the chair and I, to come up with a series of solutions to solve this damn door issue once and for all," said Watson.

Going forward, the mayor said he would be open to issuing fines to people who hold open the train doors.

"There needs to be some punitive measures and people have to understand that when the doors are about to close, you don't pry them back open."

Watson noted that the system was never completely halted on Tuesday or Wednesday, but understands there were still major backups as a result.

"When they're supposed to come every four minutes and they come every 15 minutes, that's chaos on the platform," he explained. "The system is still continuing but on a smaller scale because we're down to one track in some areas."

He also stood by the decision to open the O-Train Confederation Line to the public on September 14, as the trains met all safety requirements at that time.

Watson said it was naive of city officials to think that, in big crowds, no one would pry the doors open instead waiting for the next train to come.

Wednesday morning's incident was caught on CCTV cameras and Mayor Watson says he'd like to see that video released, with the culrpit's face blurred, to show people what not to do.

LRT issue causes ripple of problems throughout Ottawa's system, city working on improvements
Oct 8, 2019 12:43 PM
Comments
We welcome your feedback and encourage you to share your thoughts. We ask that you be respectful of others and their points of view, refrain from personal attacks and stay on topic. To learn about our commenting policies and how we moderate, please read our Community Guidelines.