A statement regarding its team captain has been released by the Ottawa Senators.
Mar 20, 2018 2:50 PM By: Mike Vlasveld 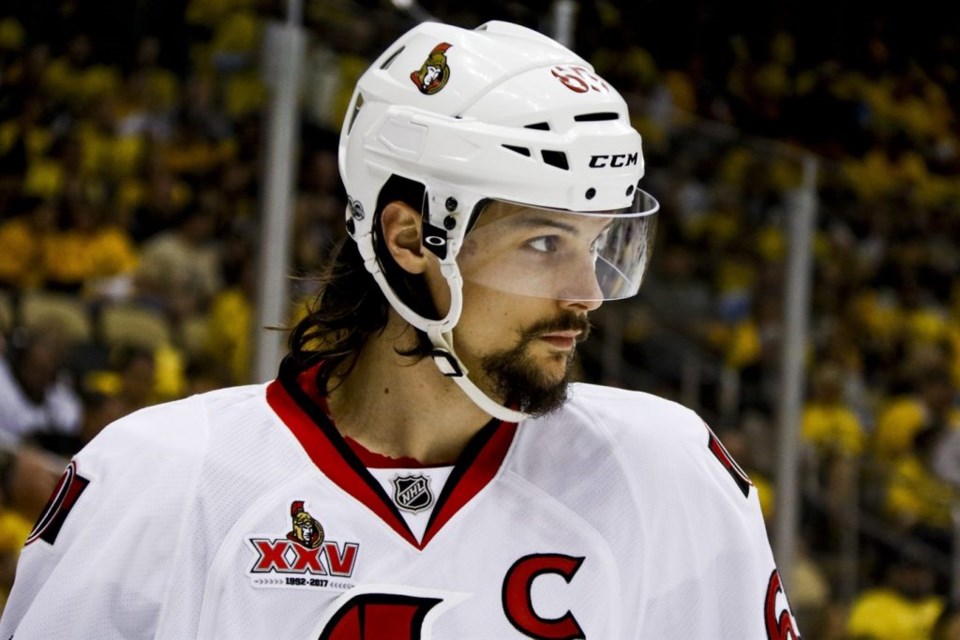 Ottawa Senators' Erik Karlsson prepares for a face-off during the second period of Game 2 of the Eastern Conference finals against the Pittsburgh Penguins, in Pittsburgh. AP Photo/Gene J. Puskar, File

Ottawa Senators Captain Erik Karlsson and his wife are dealing with the loss of their son.

Melinda Karlsson announced her pregnancy back in November.

The hockey club issued the following statement on Tuesday, regarding their superstar defenceman and his family:

"The collective thoughts and prayers of the Ottawa Senators organization, the city of Ottawa and entire hockey community rest with Erik and Melinda Karlsson following the loss of their son.

We ask that you respect the family's wishes for privacy during the grieving process."

Karlsson is expected to miss Tuesday night's game against Florida.

There has been no word on how long the captain could be out of the Sens' lineup.