Karlsson speaks on death of son

A day after the Ottawa Senators issued a statement on the absence of its team captain, Erik Karlsson releases words of his own on the death of his child, Axel Michael Karlsson.
Mar 21, 2018 1:29 PM By: Mike Vlasveld 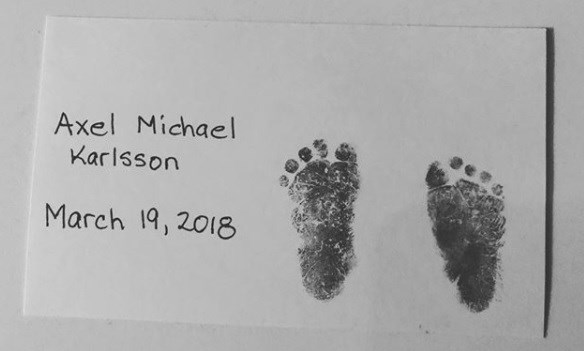 Ottawa Senators' Captain Erik Karlsson is issuing a statement of his own, regarding the death of his soon-to-be-born child.

"At this extremely difficult time it's hard to see the light at the end of the tunnel but we know one day we'll get there. We would like to thank everyone for the love and support we have received and also for respecting our privacy and the process that we need to go through.

We feel very lucky to be Axel's parents. Even though he was stillborn, we know that we will hold him again one day under different circumstances, and the joy he gave us will be with us forever.

The hockey club released a statement Tuesday, making it public that Karlsson and his wife were grieving the loss of their son who was expected to be born in April.

Karlsson sat out of the Senators' 7-2 loss against Florida Tuesday night. The team has not said when they expect their captain to rejoin the team.