The proposal is also aimed at trying to break the impasse over the WE Charity affair that has bogged down two House of Commons committees in marathon meetings for the past two weeks.
Oct 16, 2020 9:50 PM By: Canadian Press 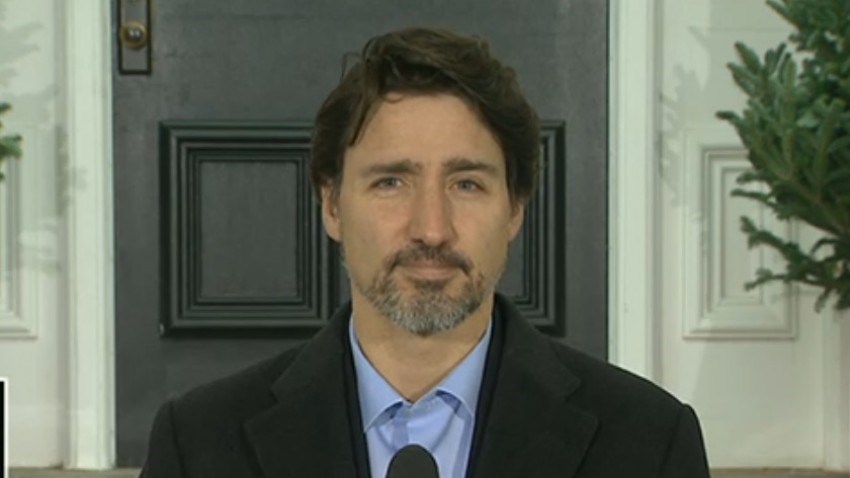 The proposal is also aimed at trying to break the impasse over the WE Charity affair that has bogged down two House of Commons committees in marathon meetings for the past two weeks.

A Conservative motion to create a special "anticorruption" committee to investigate the WE fiasco and other alleged unethical conduct during the pandemic is slated for debate and a vote next week.

Government House leader Pablo Rodriguez would not rule out Friday declaring that vote a test of confidence in the minority government.

That could be a risky move, given that all three main opposition parties have expressed support for the idea of a special committee that could take over the investigation of the WE affair and look into other alleged scandals.

Rodriguez's counter-proposal would empower a special committee to scrutinize all government spending during the pandemic, including but not exclusively the WE affair and anything else opposition parties deem troubling.

Rodriguez said he's been discussing his proposal with his opposition counterparts and has "not yet" secured the support of at least one party, which the Liberals would need to proceed with their proposal — and to survive a possible confidence vote on the Conservative motion.

"But I'm confident that they want to do exactly what we want to do, so serious work in a serious committee," he said in an interview.

By contrast, he characterized the Conservatives' proposed anticorruption committee as "irresponsible" and "pure partisan politics" aimed at "totally jamming the government" when it should be focused on helping Canadians weather the second wave of the coronavirus that causes COVID-19.

He dodged when asked if the vote on the Conservative motion will be considered a confidence matter, saying that "the only thing" he's focusing on at the moment is his own proposal for a "reasonable" special committee.

Rodriguez said he's willing to discuss his proposal with the Conservatives but it was clear he's counting on either the Bloc Québécois or the NDP to accept it.

NDP ethics critic Charlie Angus said his party is willing negotiate with the government but the Liberals "have to recognize they've burnt a lot of goodwill" by filibustering and shutting down committees.

A number of conditions would have to be met to secure NDP support, he added, among them: the special committee must be chaired by an opposition MP and the government must agree to stop filibustering opposition attempts to get more documents related to the WE affair.

"If the Liberals are not willing to work with us, we will find a way to make this committee happen," Angus said in an interview, adding that if the Conservative motion is "the only option on the table" next week, New Democrats will look at supporting it.

The NDP has proposed its own motion calling for a special committee to scrutinize pandemic-related spending, but in the context of what it calls "troubling allegations of misuse of public funds."

"There was a lot of spending during COVID and it is important for parliamentarians to look at it," he said in a statement Friday. "That does not exclude the need for a special committee to shed light on the WE Charity scandal."

Conservative MP Michael Barrett, one of the sponsors of the Conservative motion, said the Liberals want a committee that "doesn't look at corruption and unethical behaviour." He expressed confidence that neither the Bloc nor the NDP would support it.

Barrett also accused Rodriguez of floating his proposal to deflect attention from the fact that Liberal MPs have paralyzed the work of several Commons committees as they filibuster opposition efforts to reopen investigations into the WE affair, which were ended when Trudeau prorogued Parliament in August.

The finance committee was tied up for hours Thursday over a Conservative motion denouncing redactions to more than 5,000 pages of WE-related documents released last August. And the ethics committee was similarly stalled for hours over a Conservative motion demanding that Speakers' Spotlight, the agency that arranged speaking events for Trudeau, his wife, mother and brother, turn over receipts for all the Trudeaus' paid engagements over the past 12 years.

The Conservative motion to create a special committee includes House orders for unredacted government WE documents and the Speakers' Spotlight documents, as well as documentation on other "scandals or potential scandals."

The other alleged scandals include allegations that the husband of Trudeau's chief of staff may have benefited from the government's program for commercial rent relief and improperly lobbied for changes to the emergency wage-subsidy programs — which federal ethics commissioner Mario Dion has already dismissed as speculative and without evidence.

They also include a contract given to former Liberal MP Frank Baylis's company for ventilators not yet approved by Health Canada.

Rodriguez said the motion would require public servants to pore through thousands of files to find all the documents sought, tying them up when they should be concentrating on the government's response to the pandemic.