Lightning likely cause of radio transmitters shutting down

General Manager of Transportation Services John Manconi says there is video evidence that has led them to believe lightning caused three radio transmitters to turn off, causing trains to stop along the Confederation Line last week.
0
Sep 10, 2019 6:01 PM By: Jeff Slack 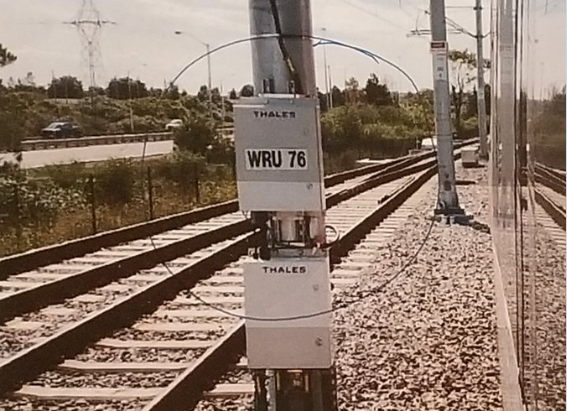 Rideau Transit Group is still trying to determine the root cause of last week's disruption on the Confederation Line, but they suspect last week's storm was to blame for the incident.

Back on Wednesday, September 4, three radio transmitters were switched in the off position, causing a communication loss and resulted in trains to stop on the track.

"Late Friday we were advised that lightning had an impact," said John Manconi, General Manager of Transportation Services. "[RTG] saw video. We've got cameras everywhere, they saw video in there and they saw a breaker that was tripped."

The incident led to a 10-hour system shutdown. This was to ensure that no damage was caused in another area of the system.

Manconi has ensured that if there were passengers on the train, they would be towed to the nearest station and transferred to buses.

Trains were stopped, not stuck in LRT tunnel: Manconi
Sep 5, 2019 6:18 PM
Comments
We welcome your feedback and encourage you to share your thoughts on this story. We ask that you be respectful of others and their points of view, refrain from personal attacks and stay on topic. To learn about our commenting policies and how we moderate, please read our Community Guidelines.