Local mom to ride horseback through Mongolian desert for CHEO

Duff is dedicating her Gobi Desert Cup ride to CHEO, and is collecting pledges for each kilometre.
Aug 16, 2018 11:17 AM By: Jason White 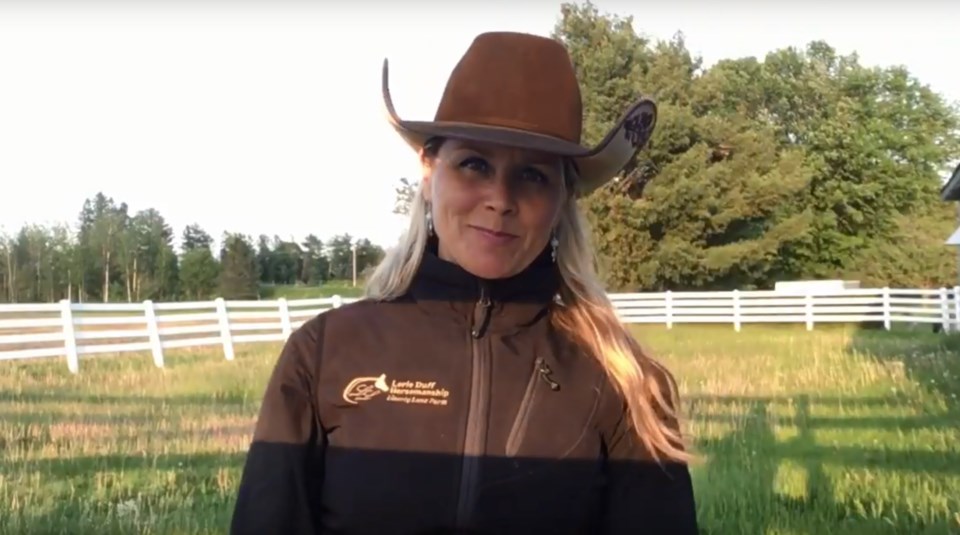 Lorie Duff is riding in the Gobi Desert Cup in Mongolia, and is collecting pledges for CHEO. (Courtesy: Lorie Duff)

A mother whose daughter is receiving treatment at CHEO for a serious skin disease is showing her gratitude to the children's hospital by raising funds for its urgent care unit with an epic horse ride.

Lorie Duff works with horses professionally, and was invited to ride the Gobi Desert Cup -- a six-day, 480-kilometre horseback endurance ride through a desert in Mongolia.

"I've never done anything like this; I'm not an endurance racer at all," said Duff. "So it was a little bit of a thing where I had to sit back and think about it."

"The doctors there, the facilitators, they're just amazing at resolving the issue immediately," Duff told 1310 NEWS.

Duff is dedicating her Gobi Desert Cup ride to CHEO, and is collecting pledges for each kilometre of the ride.

Ottawa hospitals operating at 103 per cent capacity; Ontario government working on additional beds
Oct 29, 2020 7:52 PM
Comments
We welcome your feedback and encourage you to share your thoughts. We ask that you be respectful of others and their points of view, refrain from personal attacks and stay on topic. To learn about our commenting policies and how we moderate, please read our Community Guidelines.