Long-time Ottawa pop-up 'picking up where it left off'

For several years, The Momo Spot has been a fixture at Ottawa’s farmers markets and now its founders have eyes on a more permanent future.
Sep 30, 2020 9:23 AM By: Kieran Delamont 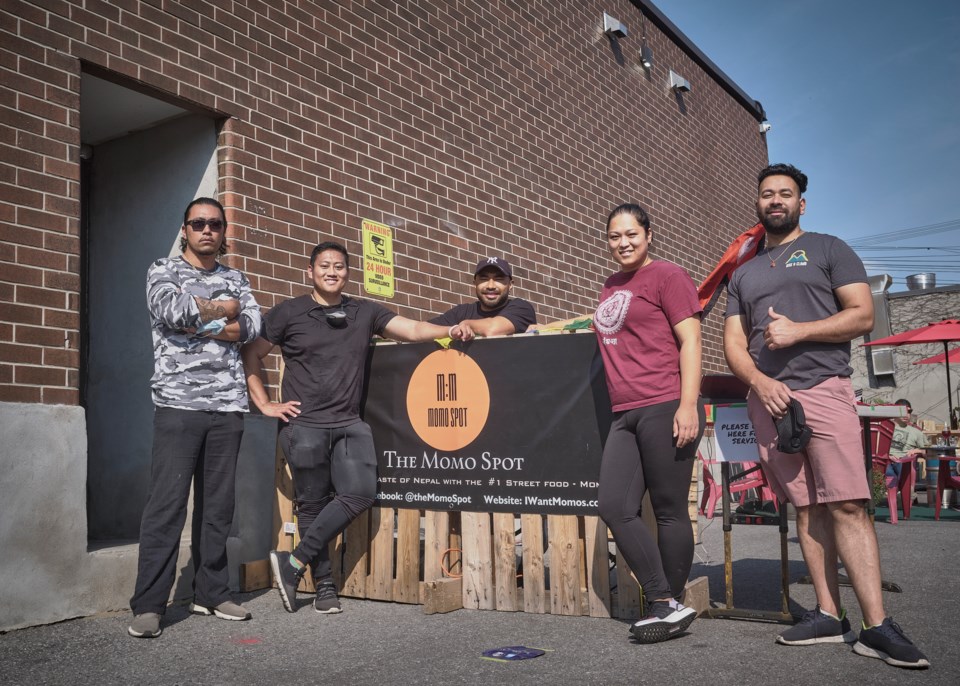 The team behind The Momo Spot. Kieran Delamont/ OttawaMatters.com

In troubled times, Rahul Bura and the rest of the gang behind The Momo Spot turn to food.

It was 2015, and a massive earthquake had struck Nepal. Bura, along with a group of Nepalese friends, most of them students, (Ashik Shrestha, Kripa Dongol, Dev-Ashish Subba, and Milan Nepali) “wanted to get together and do something,” he says.

How better to respond than with momos — an iconic Nepalese dumpling that has spanned the globe in recent decades. With a bare-bones setup, the first iteration of The Momo Spot was founded, slinging momos in a fundraiser at Ottawa City Hall, successful enough to rake in $10,000 in fundraising, Bura says.

Momos were a hit. Over time, the group (mostly students) began looking more seriously at establishing The Momo Spot as something bigger than a one-time deal.

“We were looking for an avenue for testing the menu, testing the market,” Bura says. “Pop-ups came to mind. It seemed like an easy, accessible avenue, and we got inspired.” 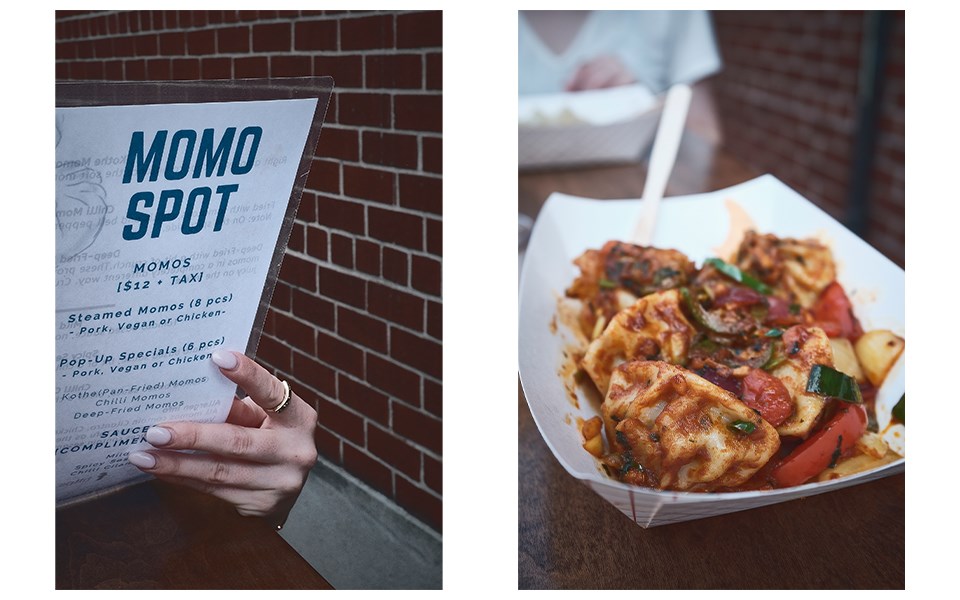 By appearance, a momo looks like little more than a dumpling — meat or vegetables or both, tucked into a small piece of dumpling paper and wrapped into a neat, ball-like little bundle that is then steamed, pan-fried, or deep fried.
It sounds simple, but try telling that to any Nepalese person.
Momos, with a history that stretches back for centuries, have grown into one of the most popular diaspora foods, a recognizable taste of back home for the many migrants and students who have settled around the world. The unique mix of the Chinese pork bun style, blended with Indian spices, come together in a dish that is iconically, intrinsically Nepalese.

“Sandwiched between China and India — there’s no way we’re not going to be influenced by that,” Bura says.

And indeed, the momo has flourished because of it. Momos, writes Alisha Sijapati, “have through the decades remained a usual suspect in (Kathmandu’s) menus — be it at high end nibble restaurants or in dingy bhattis. Momos, some would be quick to conclude, is the city’s favourite food.”

In recent years, The Momo Spot became a fixture at the Lansdowne Farmer’s Market. 2020, turbulent though it may be, meant a change of pace for The Momo Spot.

The success of places like Gongfu Bao, restaurants that started as small pop-ups or food carts before growing into formalized establishment, became an inspiration for Bura.

Functioning as a pop-up, as they have in most winters since 2018 — which is to say only sporadically available and physically untethered to any one location — is a defining feature of The Momo Spot. Summers were spent at the farmers market, but winter meant that The Momo Spot could be more flexible.

By the start of the year, the momo pop-ups had started to develop a reputation. A pop-up in January was a notable success, with people lined up out the door (before that was normal). “What is going on?” Bura remembers wondering. “We were still figuring it all out.” 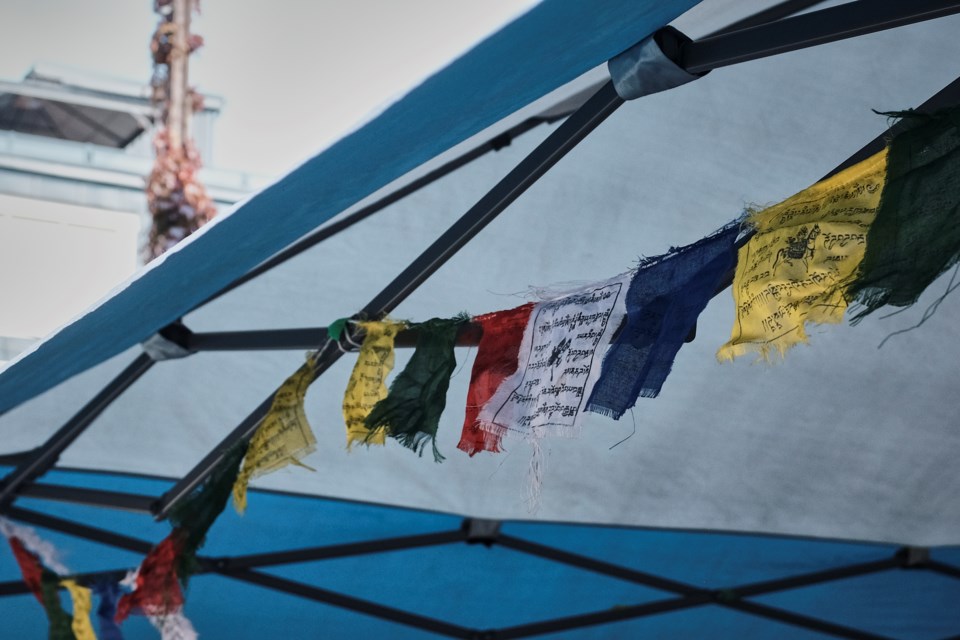 COVID might prove to be a blessing in disguise, of sorts, for The Momo Spot.
They gave up their regular booth at the farmer’s market when the logistics weren’t working out in their favour. (They are still members, though.)
“It gave us this idea to do other things,” Bura says.
For a long time, they had envisioned selling bags of frozen momos for home cooks. COVID was able to give them a little push.

“We always knew that frozen momos were in our back pocket,” Bura says. “This gave us some downtime to work on the frozen momo line.”

The Momo Spot is still looking ahead, Bura says, to a more permanent location.

The only thing that seems to be reasonably predictable, though — because of COVID and because of who The Momo Spot are, as a business — might be that by the next time you see them, there will be something new going on.

Lately, The Momo Spot has been a regular Saturday feature at Spark Brewery on Somerset, taking over their parking lot patio (the “Sparking lot”) every couple of weeks. It was an idea that was first hatched back in March, that got shelved when COVID hit, and which seemed like the logical path back into business. Bura calls this “picking up where we left off.”

A recent Saturday, in the parking lot, with momos being dished out at a steady and busy rate, with table reservations hard to come by and walk-in spots snapped up fairly quickly, would suggest that they haven’t really missed a beat.