Losing bidder ready to move in on LeBreton Flats redevelopment 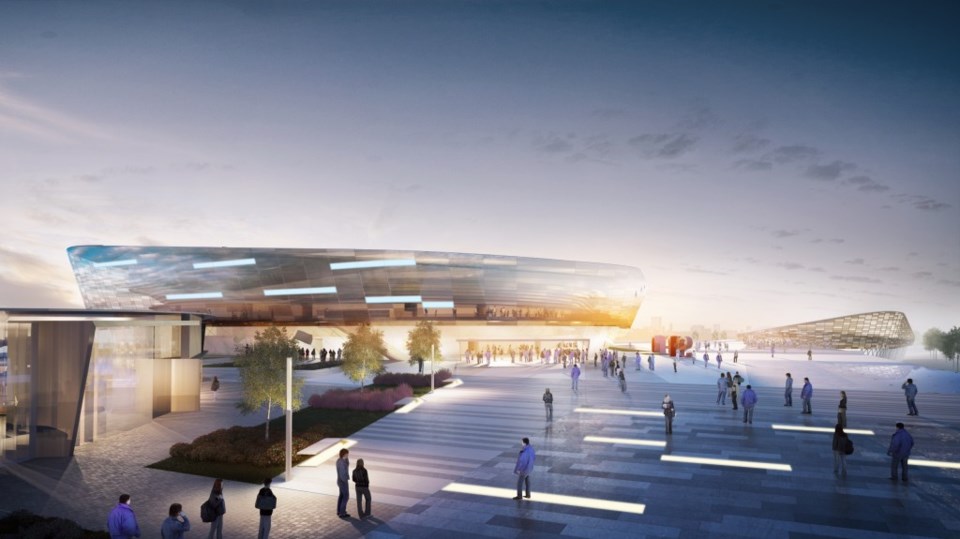 An artist's rendering of LeBreton Re-Imagined's vision for a new NHL-calibre arena, 2016.

The President of the DEVCORE Group announced late Sunday that his group, the DCDLS group, was ready to take over the redevelopment of LeBreton Flats starting immediately, if necessary.

The redevelopment at LeBreton Flats hit a snag last month when the National Capital Commission announced that 'internal partnership issues' between the Ottawa Senators and Trinity Group would need to be resolved by their January meeting before the project could move forward.

The NCC's ultimatum was followed up by a $700 million lawsuit filed by Sens owner Eugene Melnyk against his partner in this project, Trinity's John Ruddy. The lawsuit also named Ottawa Mayor Jim Watson.

In a statement, DEVCORE President Jean-Pierre Poulin said, "our team has the expertise, experience and the financial resources that are necessary to deliver a world class project on behalf of the citizens of Ottawa and all Canadians, working together with the National Capital Commission, and the City of Ottawa."

Poulin went on to explain that his group still wants to deliver a public development that everyone can be proud of and wrote, "Ottawans deserve better."

In a dig at Melnyk and his plans, Poulin said that a section of land next to the LRT station in his group's plan would still be dedicated to building an NHL arena.

"We do not believe Ottawa or Canada should be held hostage one day longer," said Poulin in the statement.

The DCDLS group has reached out to the NCC to let them know that it is still open to getting involved and is now awaiting a response.