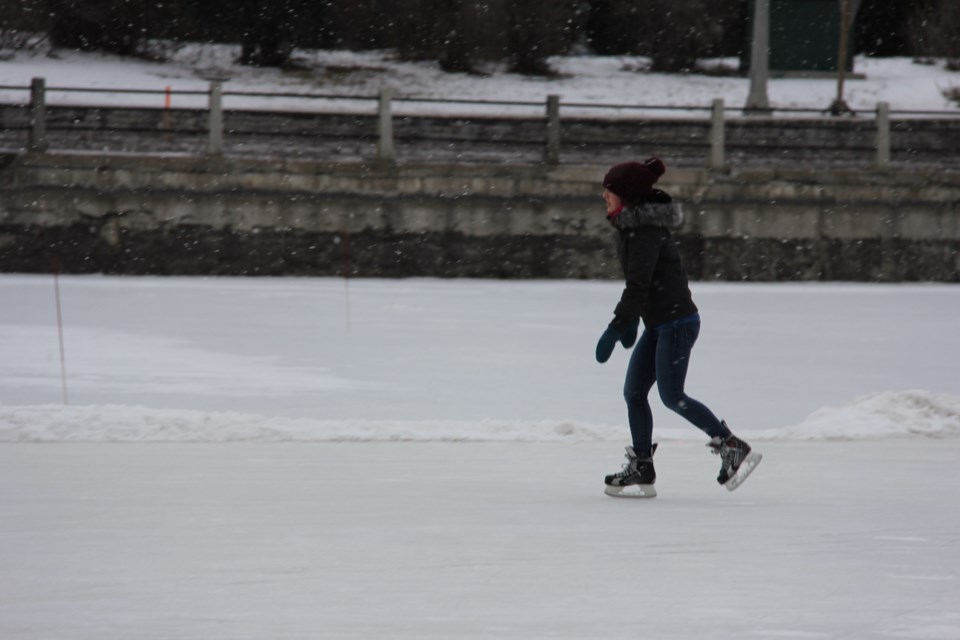 A skater glides down the Rideau Canal Skateway on December 30, 2018. Alex Robinson/Ottawamatters

Frigid temperatures are helping ice conditions on the Rideau Canal, which is leading to its reopening by the National Capital Commission.

As of 8 a.m. Friday, January 11, a 7.2-kilometre section of the Rideau Canal Skateway will be open between the Laurier Bridge and Hartwells Locks, including all of the Dows Lake area.

Environment Canada says temperatures shouldn't get any warmer than -7 C in the next week.

The NCC says the Rideau Canal Skateway team will continue working to open the last section of the skateway, from the Rideau rest area to the Laurier Bridge, as soon as ice conditions are safe and weather permits.

In the meantime, the NCC asks that the public not venture onto this closed section of the ice.

Managed by the NCC since the 1970-1971 season, the 7.8-kilometre Rideau Canal Skateway receives, on average, close to 1-million visits every year; or 21,000 visits each day that it is open.

The 49th season of the Rideau Canal Skateway was officially launched on the morning of December 30, 2018, when the 2.7-kilometre section between the Pretoria Bridge and Bank Street Bridge, including Patterson Creek, opened. A second one-kilometre section, from the Bank Street Bridge to the Bronson Bridge, opened on the morning of Friday, January 4.