This comes after Hobo Cannabis Company announced a partnership with a winner of Ontario's second pot shop licence lottery, and plans to open a massive location on Clarence Street.
0
Sep 10, 2019 3:40 PM By: Jeff Slack 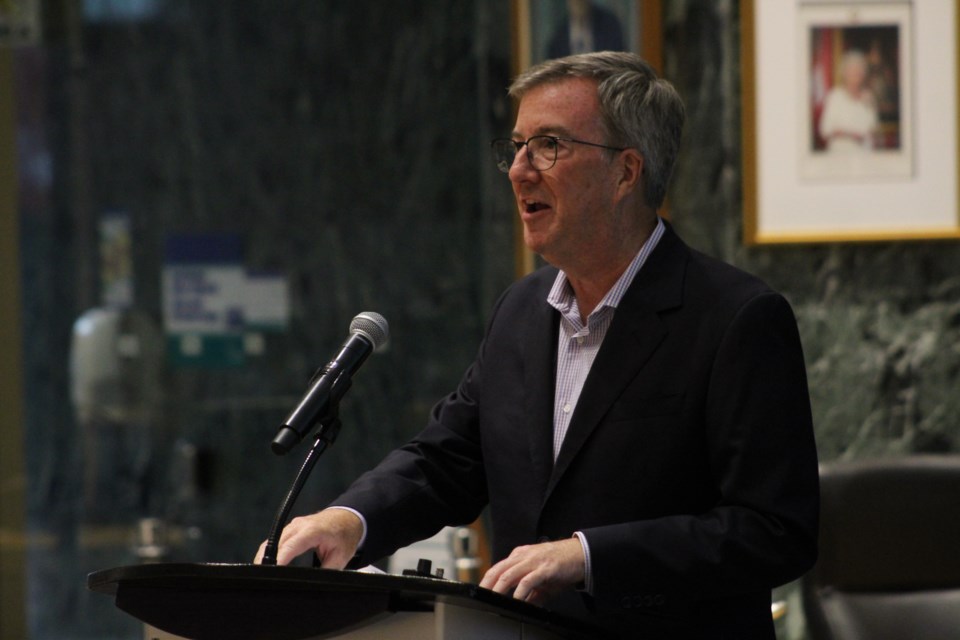 Although retail cannabis has been a successful venture for those Ottawa companies which have opened brick and mortar shops, the city's mayor isn't thrilled about the latest local industry development.

Hobo Cannabis Company announced Tuesday that it entered into a partnership with a group which won a pot shop licence in Ontario's second lottery of the year, and they plan to launch a new store in the ByWard Market.

The plan includes a 5,000 square foot, multi-level location on Clarence Street, right around the corner from Fire and Flower York Street Cannabis.

Mayor Jim Watson isn't happy with the idea of two cannabis stores being so close to one another, saying this is the reason why he wanted municipalities to have more control over where pot shops could be located.

"We don't want them going down the same path as the payday loan operators, where there are a couple on every block or so," said Watson. "My hope is that, if [the province] continues to have these lotteries, that they at least have some understanding -- we don't want to have three or four [cannabis stores] in a two block radius."

Hobo Cannabis decided it should open another location after raking in over $8-million in sales from its Bank Street location. VP Brand at Donnelly Group Harrison Stoker isn't worried about clusters because the demand for product has been greater than what was expected.

"Our first location was so busy in the first three-and-a-half months, it had to close down two days out of seven because it was selling out of its allocation of 25-kilograms," said Stroker. "The supply and demand is not really in favour of needing to spread things out."

There are three new cannabis stores slated to open in the capital this fall -- one in Barrhaven, one in Orleans and one in Carlington. The latter two were moved from the Alcohol and Gaming Commission of Ontario (AGCO) waitlist to its approval process last month. The Hobo Cannabis Company has entered a partnership with one of those two applicants. Together, they are working to get a lease change so they can open a store on Clarence Street. The AGCO allows for applicants who were pushed from the waiting list to the approval process to apply for a lease change.

Hobo Cannabis had originally hoped to open its first store in the ByWard Market back in spring, but decided against it after learning Fire and Flower had applied for the same area.