The project was developed as a way to enhance urban parks and shorelines.
Aug 3, 2019 11:21 AM By: OttawaMatters Staff 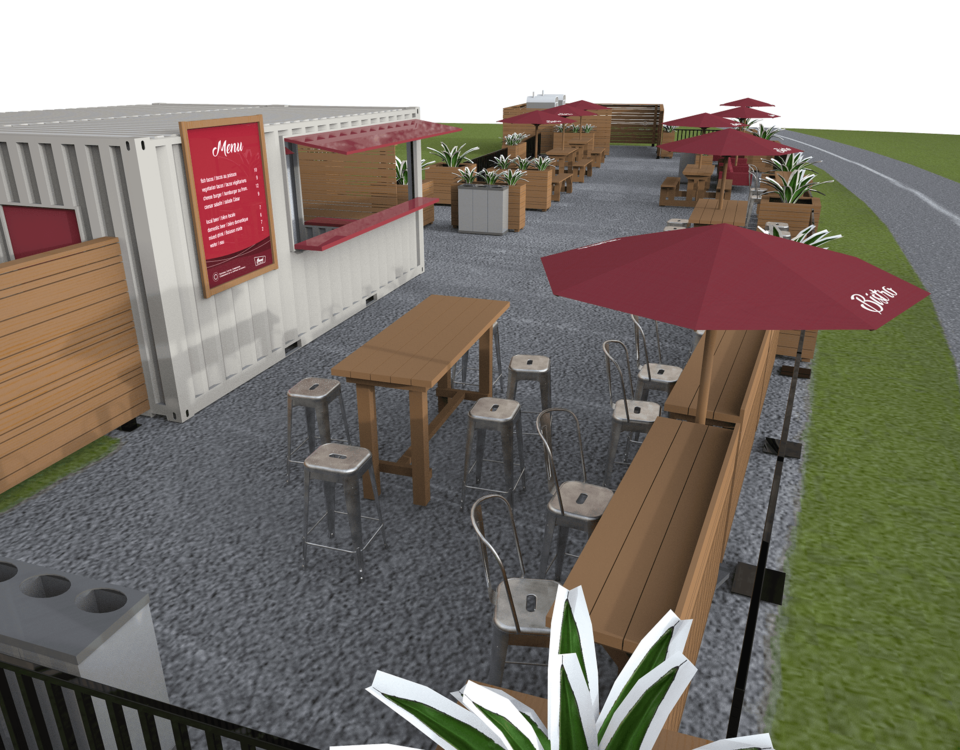 A 3D rendering of the NCC's first of three bistros. The first of which is located downtown in Confederation Park. Photo/ http://ncc-ccn.gc.ca

The National Capital Commission (NCC) has cut the ribbon on a new bistro operated by Le moulin de provence, in Confederation Park.
It officially opened for business Saturday, August 3. They will be open Monday to Thursday from 9 a.m. to 8 p.m. and Friday to Sunday from 9 a.m. until 9 p.m.

Each restaurant features a modern design, is made from recycled shipping containers and has patio seating for up to 40 people. According to the NCC, they picked the location near the Ottawa Locks because it offers a relaxing urban green space while still being close to all of downtown Ottawa's many hot spots. It's also conveniently tucked away from the hustle and bustle of downtown Ottawa streets.

The bistro is part of a two-year pilot project to enhance urban parks and shorelines. During its course, the NCC will continue to partner with local restaurant entrepreneurs to develop two more bistros.
Future locations include a bistro in Remic Rapids Park. That park will be operated by The Rapids Grill and Patio and another in Patterson Creek Park, also run by Le moulin de provence.